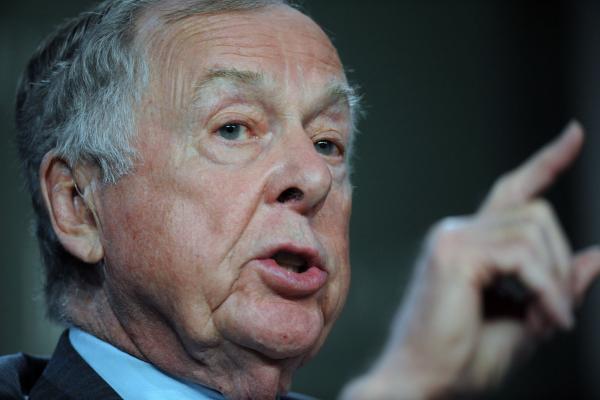 The 89-year-old investor, who nine years ago launched The Pickens Plan, designed to drive the U.S. energy sector away from its dependence on foreign oil, said in a statement he was shutting down his oil- and gas-commodity focused BP Capital.

“It has been one hell of a roller coaster ride,” he said.

Crude oil prices were supported last year by a decision from the Organization of Petroleum Exporting Countries to work to erase the surplus that pushed oil below $ 30 per barrel in 2016 with coordinated production declines. That deal is now in its second year.

A geopolitical risk premium, spurred in part by unrest in Iran and President Donald Trump‘s sanctions decisions in the U.N.-backed nuclear deal that put more Iranian oil barrels on the market, helped drive the price of oil up nearly 5 percent so far in 2018.

Pickens said he’s enjoyed the ride, but was hanging it up after a storied career in oil trade.

“I’ve thrived and profited on the volatility in the energy space,” he said. “But for me, personally, trading oil is not as intriguing to me as it once was.”

Pickens last decade shelved a $ 10 billion effort to build a giant wind farm in the Texas Panhandle. A spokesman for his BP Capital Management said at the time the ambitious effort was shelved because of a tight credit market and because electric utilities were opting to build natural gas-fired generators at a time of low gas prices.

Over the last year, economies from Norway to the state of New York have moved some of their pension funds away from oil and natural gas.

The Organization of Economic Development and Cooperation said a dynamic business sector and well-managed oil and gas wealth means Norway, with its vast oil and gas wealth, enjoys one of the highest levels of GDP per capita in the world, though managers need to stay nimble, especially amid concerns about a housing market correction.

“In making this decision, I’m mindful of the fact that BP Capital is not the first nor the last energy focused hedge fund to close up shop,” Pickens said. “The financial world is littered with them these days.”