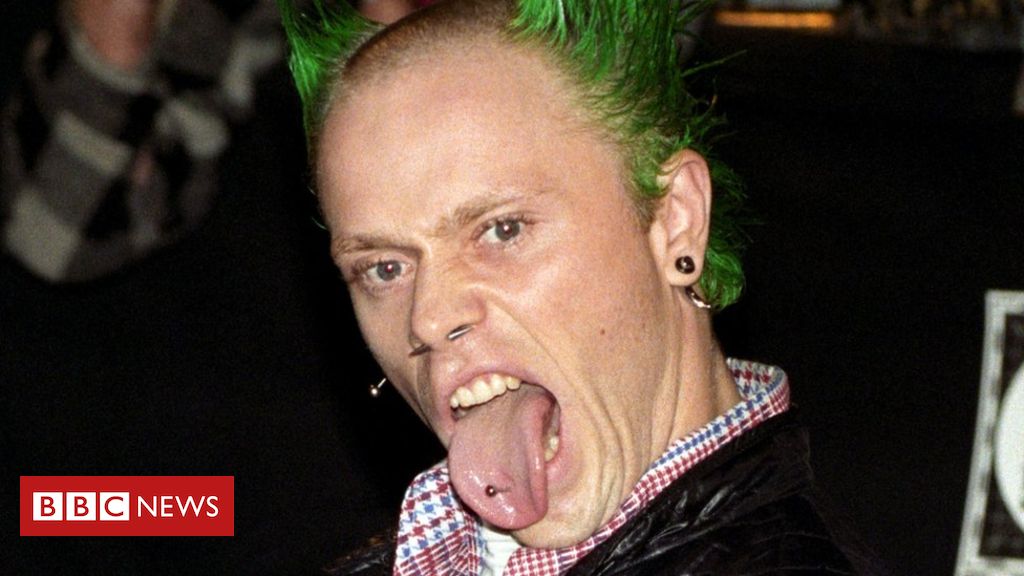 Possessions belonging to The Prodigy star Keith Flint, including gold discs, awards, his custom-made bed and a nose piercing, are to be auctioned to settle liabilities following his death.

Items on offer will include clothing, jewellery and body jewellery, including his double cone septum nose piercing.

The bespoke bed, which he helped design, is supported by steel thorned branches, and is accessed by steps held up by a winged mythical creature.

The auction will be held on 7 November.

Cambridge-based auction house Cheffins Fine Art said it had not released estimated prices for the items because valuing them was “almost impossible”.

Cheffins director Martin Millard said: “The sale is full of interesting items which give an insight into Keith’s personal life and highlight the difference between his stage persona and his private life.”

Flint, who sang on The Prodigy’s hits including Breathe and Firestarter, died in March at the age of 49. A coroner heard that he died due to hanging, but recorded an open conclusion, deciding there was not enough evidence to say he had intended to take his own life.