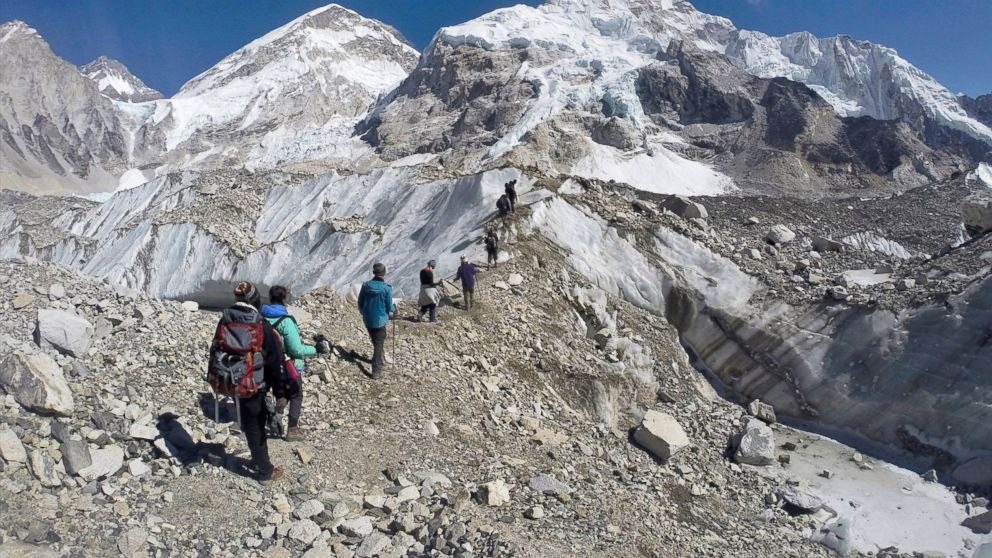 One-third of Himalayan glaciers will melt by the end of the century due to climate change, threatening water sources for 1.9 billion people, even if current efforts to reduce climate change succeed, an assessment warns.

If global efforts to curb climate change fail, the impact could be far worse: a loss of two-thirds of the region’s glaciers by 2100, said the Hindu Kush Himalaya Assessment released Monday by the International Centre for Integrated Mountain Development.

“Global warming is on track to transform the frigid, glacier-covered mountain peaks of the Hindu Kush Himalayas cutting across eight countries to bare rocks in a little less than a century,” said Philippus Wester of the center, who led the report.

The five-year study looked at the effects of climate change on a region that cuts across Asia through Afghanistan, Pakistan, India, Nepal, China, Bhutan, Bangladesh and Myanmar. The area, which includes the world’s tallest mountain peaks, has glaciers that feed into river systems including the Indus, Ganges, Yangtze, Irrawaddy and Mekong.

The assessment said that the impact of the melting could range from flooding from the increased runoff to increased air pollution from black carbon and dust deposited on the glaciers.

Saleemul Huq, director of the International Center for Climate Change and Development, an environmental research center in Dhaka, described the findings of the report as “very alarming,” especially for downstream nations such as Bangladesh.

“All the countries affected need to prioritize tackling this upcoming problem before it reaches crisis proportions,” he said in an email. Huq was one of the study’s external reviewers.

The study said that even if the most ambitious Paris climate accord goal of limiting global warming to 1.5 degrees Celsius (2.7 degrees Fahrenheit) by the end of the century were met, more than a third of the region’s glaciers will be lost. If the global rise in temperature were 2 C (3.6 F), two-thirds of Himalayan glaciers will melt, it said.

The 2015 Paris Agreement was a landmark moment in international diplomacy, bringing together governments with vastly different views to tackle global warming. It set a headline target of keeping average global temperatures from rising by more than 2 C, or 1.5 C if possible.

According to a recent report by the Intergovernmental Panel on Climate Change, emissions of the most abundant greenhouse gas, carbon dioxide, would need to be reduced to a level the planet can absorb — known as net zero — by 2050 to keep global warming at 1.5 C as envisaged in the agreement.

The International Centre for Integrated Mountain Development said the study included work by more than 350 researchers and policy experts from 22 countries. It said it had 210 authors and 125 external reviewers.

The Kathmandu-based center said it receives donations from regional countries, non-regional countries such as Australia, Austria, Norway, Switzerland and the United Kingdom, and other international programs such as USAID.