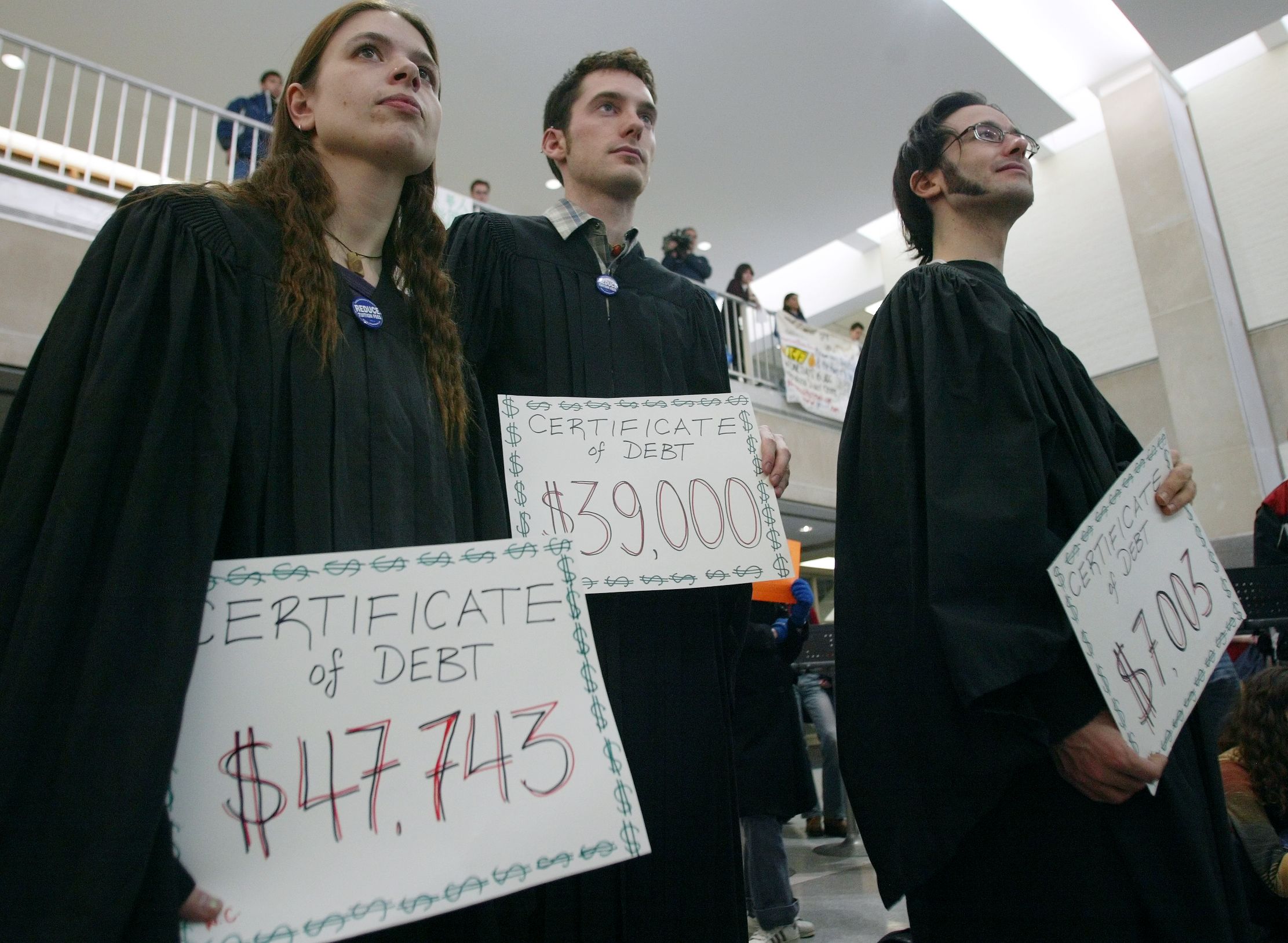 Chegg has a new plan to help its employees deal with their student loans.

And its CEO wants other companies to follow Chegg’s lead.

The student-connected learning platform announced a new program Thursday that will give its entry- through manager-level workers up to $ 5,000 a year, if they have been with the company at least two years. Director- or vice president-level employees can get up to $ 3,000 annually to help pay down their student loan debt.

“We are the beneficiaries of those people who have gotten an education — doesn’t matter if it is four year or two year or even if they completed it,” he added. “If they borrowed money and they are creating value for us, we want to help them.”

Student loan debt has hit record levels, with borrowers owing a total of $ 1.5 trillion. About 7 in 10 college graduates have education debt.

We are taking our most vulnerable, least financially stable and we’re creating a burden on them that is unsustainable.

Many also are unable to find ways to pay their bills. More than 1 million borrowers go into default each year. By 2023, its projected that 40% of borrowers may default on their student loans.

Chegg’s latest benefit is in addition to the $ 1,000 cash that its employees with student debt already receive each year. To pay for the program, called Equity for Education, Chegg created an equity pool from its existing stock.

“We’ve got a mess and it’s probably the biggest economic crisis facing this country. And we don’t deal enough with it,” Rosensweig said.

The Santa Clara, California-based company certainly isn’t the only business helping workers with some sort of student loan debt assistance.

Last year, Fidelity began to offer companies a way to contribute to their employees’ education debt with its Student Debt Employer Contribution program. It now has more than 65 companies that are offering, or in the process of offering, the benefit.

“A growing number of companies are increasingly aware that helping their employees take on the issue of student debt can help improve their overall financial wellness, which can in turn have a positive impact from a business perspective in a host of ways,” said Asha Srikantiah, head of Fidelity’s Student Debt Employer Contribution.

In fact, Fidelity has already seen an improvement in attracting and keeping top talent since it started offering the program to its own employees in 2016.

“For eligible Fidelity employees from 2016-2018, we’ve seen an approximate 75% reduction in turnover in the first year of program participation,” Srikantiah said. “And, according to a recent internal survey, it’s among the top two reasons people decided to join Fidelity.”

More from Personal Finance:
Parents are willing to take on $ 31,00 in debt to pay for kid’s college
The latest travel trend that won’t bust your budget
Many millennials say buying a home may finally be within reach

Still, the companies that offer this type of benefit remain the minority. About 4% did so in 2018, according to the Society for Human Resource Management.

Chegg’s CEO said his company thought long and hard about how to come up with a program that other companies can copy.

“We wanted to see if we could set an example and create a dialogue,” Rosensweig said.

He’s also hoping the government and colleges take notice of Chegg’s plan and do their part to help with the crisis.

“We are taking our most vulnerable, least financially stable and we’re creating a burden on them that is unsustainable,” Rosensweig said.