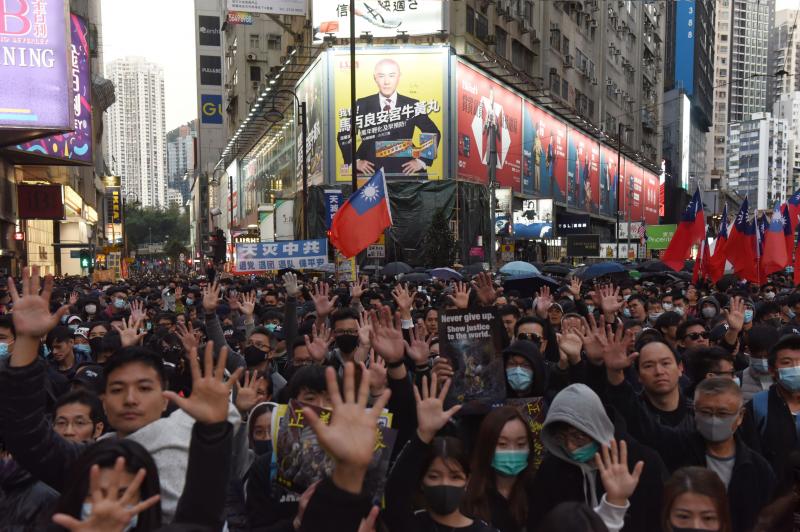 Dec. 8 (UPI) — Hundreds of thousands of demonstrators took to the streets of Hong Kong on Sunday to keep up pressure on the government six months after sweeping pro-democracy protests began.

Organizers estimated that about 800,000 people participated in the protests in Victoria Park on Sunday afternoon carrying banners that read “Free Hong Kong” as the region continued to call for greater democratic freedoms.

While protests in recent months have been marked by violence and mass arrests, deployment of tear gas and threats to use live ammunition by police, Sunday’s event featured an exhibition of posters and exchanging of Christmas cards.

It was also the first march organized by the Civil Human Rights Front to be granted police approval since mid-August.

Hong Kong’s police commissioner, Tang Ping Keung, said Sunday that police would use a “decisive response” to any violence and would “adopt more lenient and flexible approaches” to other demonstrators.

Demonstrators said Sunday’s event was in observation of international Human Rights Day on Dec. 10, which marks the United Nations’ decision to adopt the Universal Declaration of Human Rights.

The protests began in June in response to a bill that would have allowed people to be sent to mainland China to face trials, which has since been retracted, and later expanded to other democratic issues prompting support from other nations including the United States.