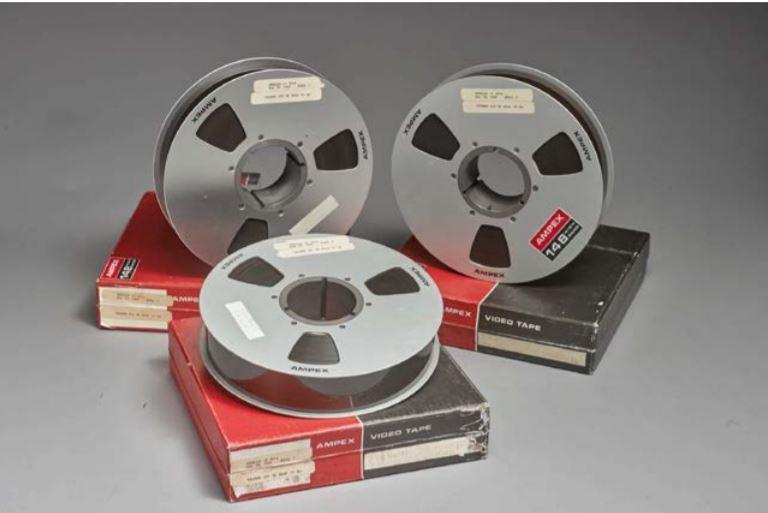 July 21 (UPI) — The original NASA videotapes of the Apollo 11 moon walk were auctioned off for $ 1.82 million on the 50th anniversary of the feat.

NASA intern Gary George paid $ 217.77 for those three tapes and other NASA footage at a government surplus auction in 1976, Sotheby’s house said in a news release. Sotheby’s Space Exploration auction was conducted at its sale room in New York.

The buyer, who paid $ 1,820,000 plus commission for first-generation NASA videotapes wasn’t identified.

“Fifty years ago today, we achieved the world’s greatest human accomplishment, and what we universally recall about that event is best documented on these tapes,” said Cassandra Hatton, vice president and senior specialist in Sotheby’s Books & Manuscripts Department, said in the news release. “We are truly over the moon about today’s outstanding result.”

Sotheby’s said the videos are the “earliest, sharpest, and most accurate surviving video images of man’s first steps on the moon.” They haven’t been restored, enhanced or remastered.

Network television broadcasts lost video and audio quality because of the 1,600-mile relay of microwave transmission towers to the major television networks in New York.

High-resolution TV images received at the Parkes Observatory in Australia were recorded onto a total 45 large-diameter reels of narrow-band slow scan videotape. NASA concluded they had been erased and recorded over.

The auctioned tapes contain the entire 2-hour, 24-minute moon walk, including Neil Armstrong‘s first step, Buzz Aldrin descending the ladder after him and the astronauts planting the American flag and talking to President Richard Nixon more than a quarter million miles from Earth. The footage was the same seen by the Mission Control staff in Houston.

George was an engineering student at Lamar University when he interned at the NASA Johnson Space Center. In June 1976, bought about 1,150 reels of magnetic tape.

In 2008, he found out NASA was trying to locate its original tapes for the 40th anniversary of the moon landing, Sotheby’s said.

These tapes have been viewed only three times since June 1976.

George tapes were viewed twice in 2008 — at DC Video and then digitized directly to 10-bit uncompressed files. Sotheby’s specialists viewed them to confirm their quality for this auction.

A collage of Apollo 11 memorabilia featuring a handwritten note by Aldrin that is believed to be the first autograph manuscript to be written on the lunar surface sold for $ 225,000.