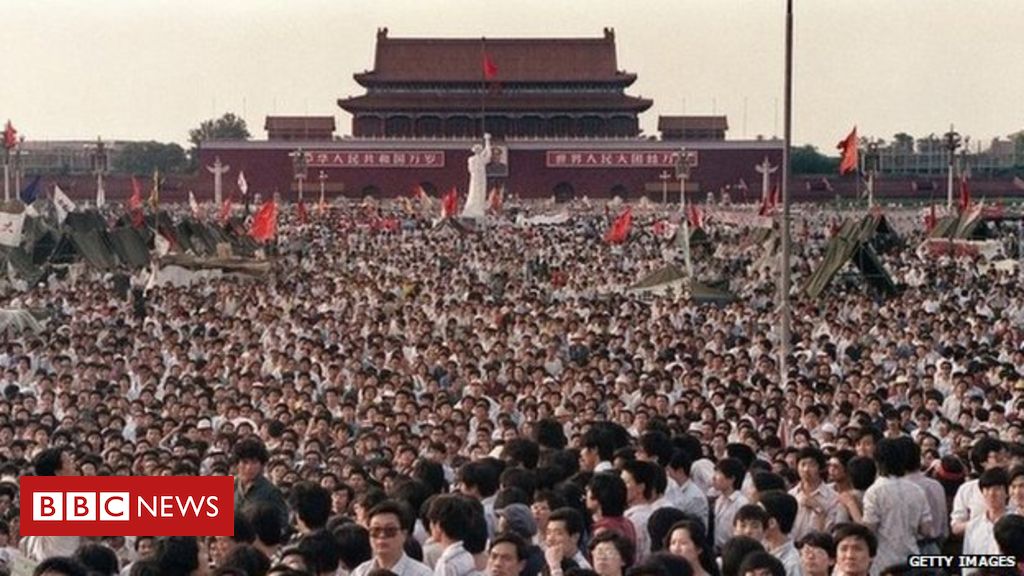 China has defended the crackdown on the 1989 Tiananmen Square protests in a rare public acknowledgement of events.

Defence Minister Wei Fenghe told a regional forum that stopping the “turbulence” was the “correct” policy.

In spring 1989, students and workers occupied Beijing’s Tiananmen Square in a massive pro-democracy protest. Many were killed in a brutal clampdown by the communist authorities.

Reporting on the events is heavily censored in China.

Tuesday marks 30 years since six weeks of demonstrations ended with the Beijing massacre of 3-4 June.

What did the minister say?

Public discussions of the 1989 pro-democracy protests and their suppression are strictly taboo in China.

But after a wide-ranging speech about trade and security at a regional forum in Singapore, General Wei Fenghe was asked about Tiananmen by a member of the audience.

“That incident was a political turbulence and the central government took measures to stop the turbulence, which is a correct policy,” he told the forum.

“The past 30 years have proven that China has undergone major changes,” he said, adding that because of the government’s action at that time “China has enjoyed stability and development”.

There are no official acts of remembrance for the events of 1989 in Beijing. But that statement, although factually correct, is far too neutral.

In truth, what happened in Tiananmen Square is marked faithfully each year by a massive, national act of what might more properly be called “forgettance”.

In the weeks leading up to 4 June, the world’s biggest censorship machine goes into overdrive as a huge dragnet of automated algorithms and tens of thousands of human expurgators cleanse the internet of any reference, however oblique.

Those deemed to have been too provocative in their attempts to evade the controls can be jailed – with sentences of up to three and a half years recently handed down to a group of men who had tried to commemorate the anniversary with a product label.

Protests spread to cities and universities across the country.

The demonstrators called for greater freedom and democracy and an end to what they called dictatorship – others complained about inflation, salaries and housing.

On the night of 3 June tanks moved in and troops opened fire, killing and injuring many unarmed people in and around Tiananmen Square.

Afterwards the authorities claimed no-one had been shot dead in the square itself.

The Chinese government has never said how many protesters were killed, although estimates range from the hundreds to thousands.