March 16 (UPI) — Tiger Woods might be back to the golf course anytime soon, but he will make virtual appearances as part of a return to video games, game publisher 2K announced Tuesday.

“I am looking forward to making my return to the video game landscape, and with 2K and HB Studios, I’ve found the right partners to make it happen,” Woods said in a news release.

“I’m honored to take part in this opportunity and look forward to sharing my expertise and insights as we build the future of golf video games together.”

Woods’ agreement with 2K includes the rights to his name and likeness to appear exclusively in the PGA Tour 2K video game franchise or any other golf games published by 2K.

Woods also will serve as an executive director and consultant for the game. 2K also agreed to partner with Woods’ TGR Foundation.

2K did not disclose the terms of the agreement with Woods, but described the exclusive partnership as “long-term.”

Woods, who was seriously injured in a single-car rollover accident Feb. 23 in a suburb of Los Angeles, hasn’t appeared in a video game since 2013.

Fellow golfer Rory McIlroy said during a March 9 appearance on The Tonight Show with Jimmy Fallon that he has spoken to Woods and “hopes” he might be able to return home in a “week or so.”

“In golf, there is no bigger icon than Tiger Woods,” 2K president David Ismailer said in the news release. “Like the rest of the world, we were saddened to hear of his recent accident, and we wish him a full and smooth recovery.

“We have been eager to announce our partnership with Tiger, whose legendary career has transcended the sport. We are thrilled to have him join our PGA Tour 2K series as an executive director.” 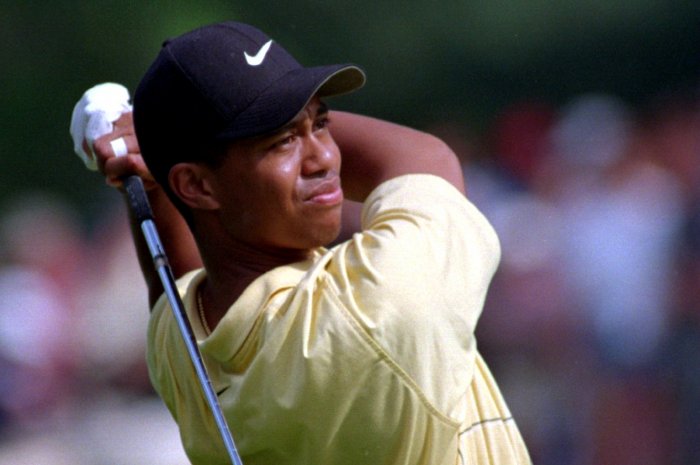 Tiger Woods swings during the second round of the U.S. Open in Bethesda, Md., on June 13, 1997. The following April, Woods became the youngest Masters Tournament winner. Photo by Jay Clark/UPI | License Photo