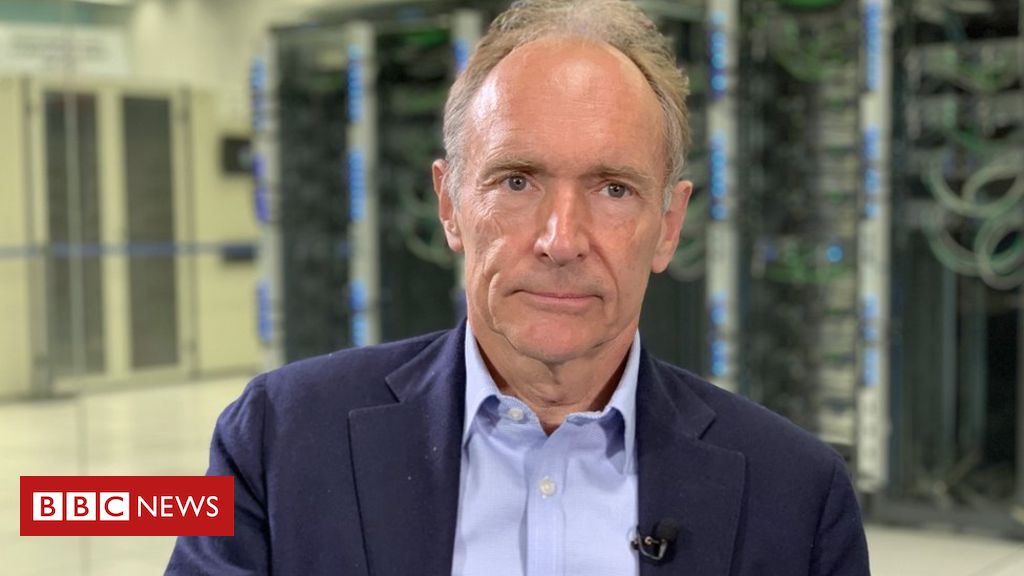 Global action is required to tackle the web’s “downward plunge to a dysfunctional future”, its inventor Sir Tim Berners-Lee has told the BBC.

He made the comments in an exclusive interview to mark 30 years since he submitted his proposal for the web.

Sir Tim said people had realised how their data could be “manipulated” after the Cambridge Analytica scandal.

However, he said he felt problems such as data breaches, hacking and misinformation could be tackled.

In an open letter also published on Monday, the web’s creator acknowledged that many people doubted the web could be a force for good.

He had his own anxieties about the web’s future, he told the BBC: “I’m very concerned about nastiness and misinformation spreading.”

But he said he felt that people were beginning to better understand the risks they faced as web users.

“When the Cambridge Analytica thing went down [people] realised that elections had been manipulated using data that they contributed.”

He added that in recent years he has increasingly felt that the principles of an open web need to be safeguarded.

In his letter, Sir Tim outlined three specific areas of “dysfunction” that he said were harming the web today:

These things could be dealt with, in part, through new laws and systems that limit bad behaviour online, he said.

He cited the Contract for the Web project, which he helped to launch late last year.

But initiatives like this would require all of society to contribute – from members of the public to business and political leaders.

“We need open web champions within government – civil servants and elected officials who will take action when private sector interests threaten the public good and who will stand up to protect the open web,” he wrote.

Wandering round the data centre at Cern, Sir Tim Berners-Lee was in a playful mood, remembering how he’d plugged the very first web server into the centre’s uninterruptible power supply over Christmas so that nobody would switch it off – only for the whole place to be powered down.

But as we talked about what had happened since he submitted his proposal for the web 30 years ago – described by his boss as “vague but exciting” – Sir Tim’s mood darkened. In the last few years, he told me, he’d realised it was not enough to just campaign for an open web and leave people to their own devices.

Sîr Tim has a plan – the Contract for the Web – to put things back on the right track but it depends on governments and corporations doing their part, and the citizens of the web pressing them to act.

When, as my last question, I asked Sir Tim whether the overall impact of the web had been good, I expected an upbeat answer. Instead, gesturing to indicate an upward and then a downward curve, he said that after a good first 15 years, things had turned bad and a “mid-course correction” was needed.

His brilliant creation has grown into a troubled adolescent – and Sir Tim sees it as his personal mission to put the web back on the right track.

Sir Tim’s vision was “at once utopian and realistic”, said Jonathan Zittrain, author of The Future of the Internet and How to Stop It.

It rested on the idea that a free and open web would empower its users, rather than reduce them to simply being consumers, he explained.

“I see Tim’s letter not only as a call to build a better web, but to rededicate ourselves to the core principles it embodies,” he told the BBC.

Those principles, he said, included universality of access and transparency – the ability to see and understand how web applications work.