Darts is mourning one of its favourite sons after the death of five-time world champion died on Thursday, aged 60.

Bristow suffered a heart attack after attending a corporate event in Liverpool ahead of the Premier League fixture at the Echo Arena.

The Professional Darts Corporation announced his death midway through the night’s play, with fans breaking into a spontaneous rendition of “There’s only one Eric Bristow”.

Hearn joined talkSPORT on Thursday night to pay his tribute to the Crafty Cockney, who was a founding player of the PDC and one of the sport’s first superstars.

Speaking on The Sports Bar, the darts chief said: “Legend is a word that is often misused, but in Eric Bristow’s case it’s an understatement. An understatement of the man’s value and contribution to darts.

“He was a bloke who drove you mad sometimes. A total maverick, who said it as it is to your face and never behind your back.

“To come so suddenly, at the venue where he was working on hospitality as normal, being life and soul of the party… everyone in the darts world is in shock.” 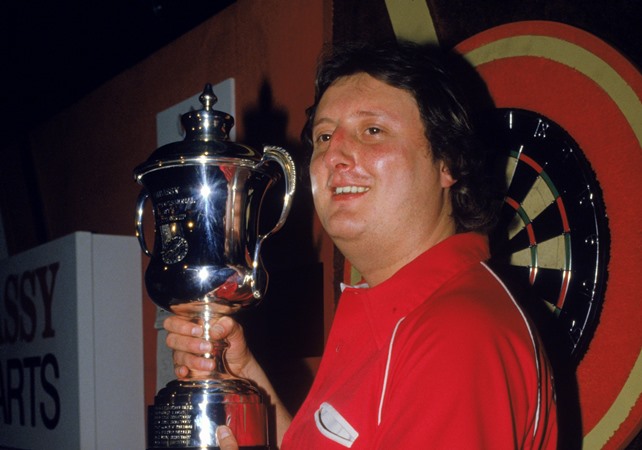 His influence on the sport is immeasurable. He later mentored a young Phil ‘The Power’ Taylor to become the greatest darts player of all time, and was also inducted into the PDC Hall of Fame in 2005,

And Hearn explained that the original darts boom in the 80s was largely build on the Crafty Cockney’s back.

“Darts is massive now but it had a dull period about 15 or 20 years ago, and before that the boom of that era was largely on the back of Eric Bristow,” he added.

“He was ‘The Crafty Cockney’, the flamboyant player, the man who geed-up the crowd and didn’t giving a monkeys about anything, he just played darts in an entertaining way.

“The fans loved him and he was one of the real principle reasons why so many people fell in love with the sport to start with.

“You can’t underestimate a contribution like the one he’s made. Eric Bristow, Phil Taylor, you ask the question: ‘Would we be where we are today as one of the favourite TV sports in Europe now without characters?’ The answer is no, and Eric was the biggest of the characters.

Listen to Barry Hearn’s tribute to Eric Bristow above