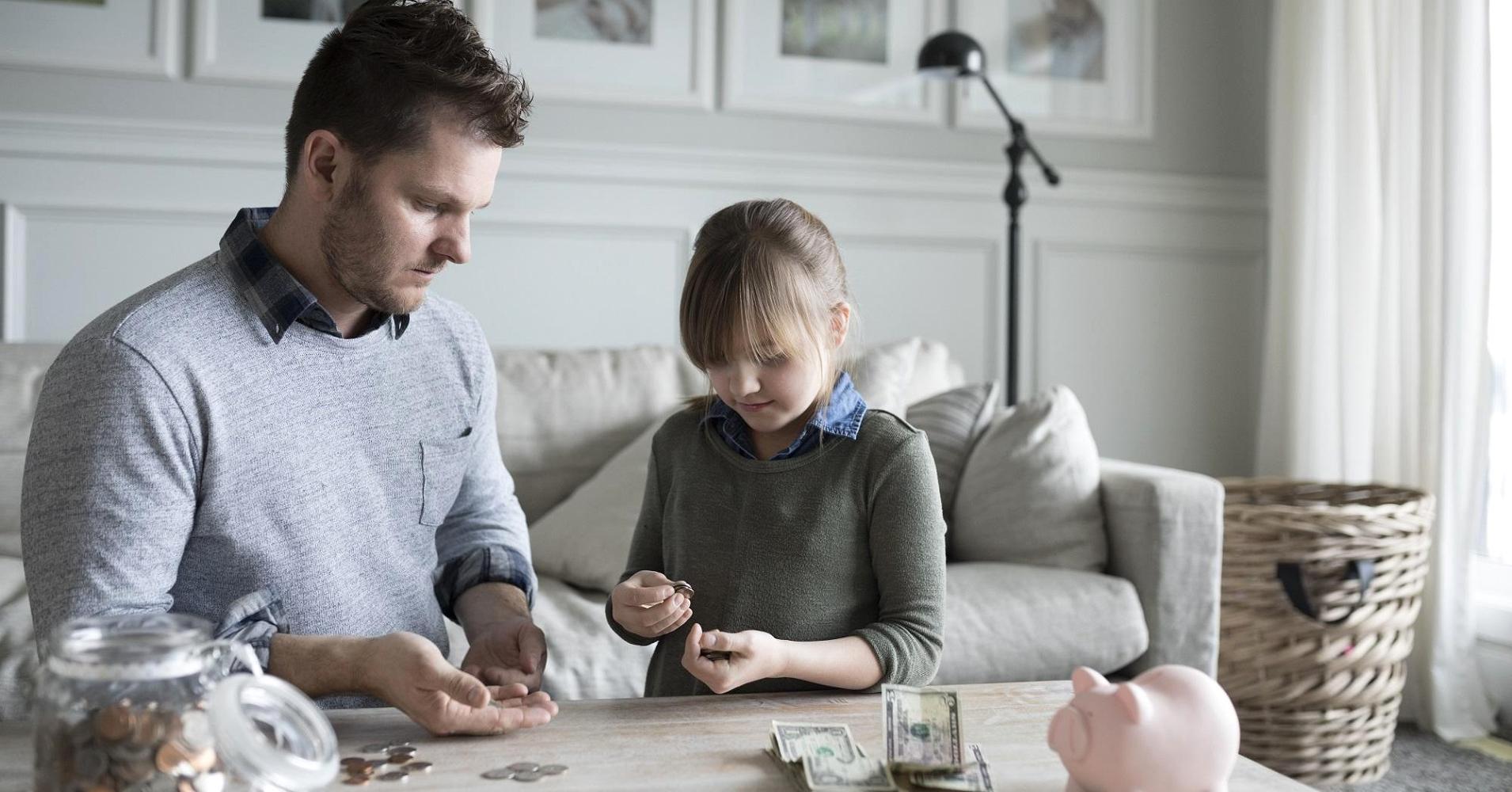 Paternal influence cuts both ways. A recent T. Rowe Price analysis found that people who have declared bankruptcy were more likely to have kids who do not save any money, compared to the children of people who didn’t declare bankruptcy.

Dads can raise their personal finance game this Father’s Day. Kerry Hannon, author of “Love Your Job: The New Rules of Career Happiness,” shared with CNBC’s “On the Money” about the best money lesson her father, Jack, who passed away nine years ago, taught her.

Hannon’s dad, who ran an engineering and consulting firm in Pittsburgh, taught her early on never to be financially dependent on anyone.

“I have my own separate checking, savings and retirement accounts, even though I’ve been married for more than 20 years,” she said. “He wanted me to do what I wanted without having to ask permission from anyone.”

Once Hannon got her first job, her dad was adamant that she contribute to her 401(k) plan.

People starting out in their careers should build a budget, and aim to contribute to their retirement plans up to the employer’s match, Hannon said.

Living frugally doesn’t mean missing out on life. Hannon’s father loved horses. He eventually managed to raise four children and keep up to six horses in stables. He passed on that love of horses to Hannon.

“With him, money was about spending on experiences rather that things,” Hannon said.

Behavioral science supports that approach to spending. Researchers from San Francisco State University found that people enjoy greater well-being from life experiences, and consider them to be a better use of money than material goods.

Hannon’s dad told her to “invest in knowledge, so you can keep growing into your future.”

With roughly 44 million Americans owing more than $ 1.4 trillion in federal student loans, being a lifelong learner doesn’t have to mean spending a lot on graduate degrees, Hannon said.

“My dad would have loved all the free educational opportunities available online,” Hannon said. “He was always going to free lectures at Carnegie Mellon University.”

Her dad was a frequent volunteer and charitable donor, particularly for organizations that helped the blind because he battled vision problems.

“He was a big believer in giving back, but not helter-skelter,” Hannon said.

Hannon said she earmarks a percentage of her income for her favorite charities. Here are three ways you can maximize your charitable giving.