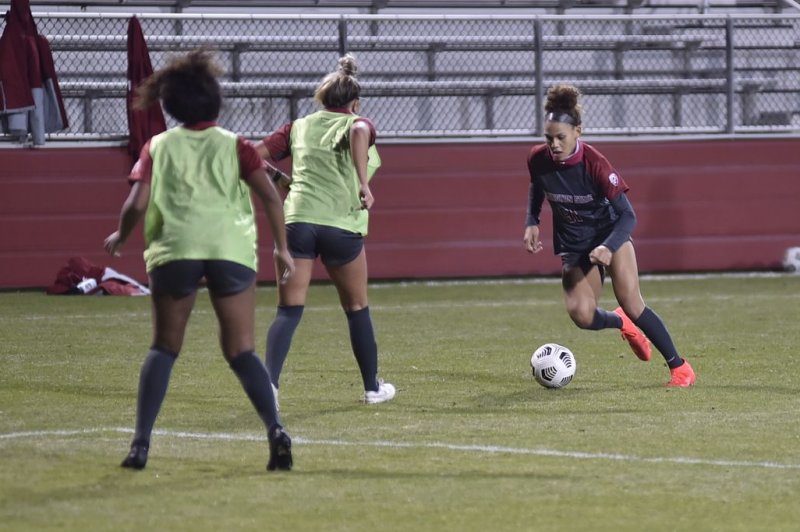 Rodman’s name was among 50 listed Tuesday by the NWSL for the draft, which streams at 7 p.m. EST Wednesday on Twitch.

Rodman, 20, scored eight goals and had six assists for the United States Youth National Team in March at the 2020 CONCACAF Under-20 women’s championship.

Racing Louisville FC has the No. 1 overall pick in the 2021 NWSL Draft. Sky Blue FC have three of the first eight selections.

Dennis Rodman, 59, played at North Central Texas College in Gainesville, Texas, and at Southeastern Oklahoma State University before he was picked in the second round of the 1986 NBA Draft.

He went on to become a two-time All-Star, five-time champion and seven-time rebounding champion. Rodman teamed up with Michael Jordan to win three consecutive NBA Finals titles from 1996 through 1998 while with the Chicago Bulls.