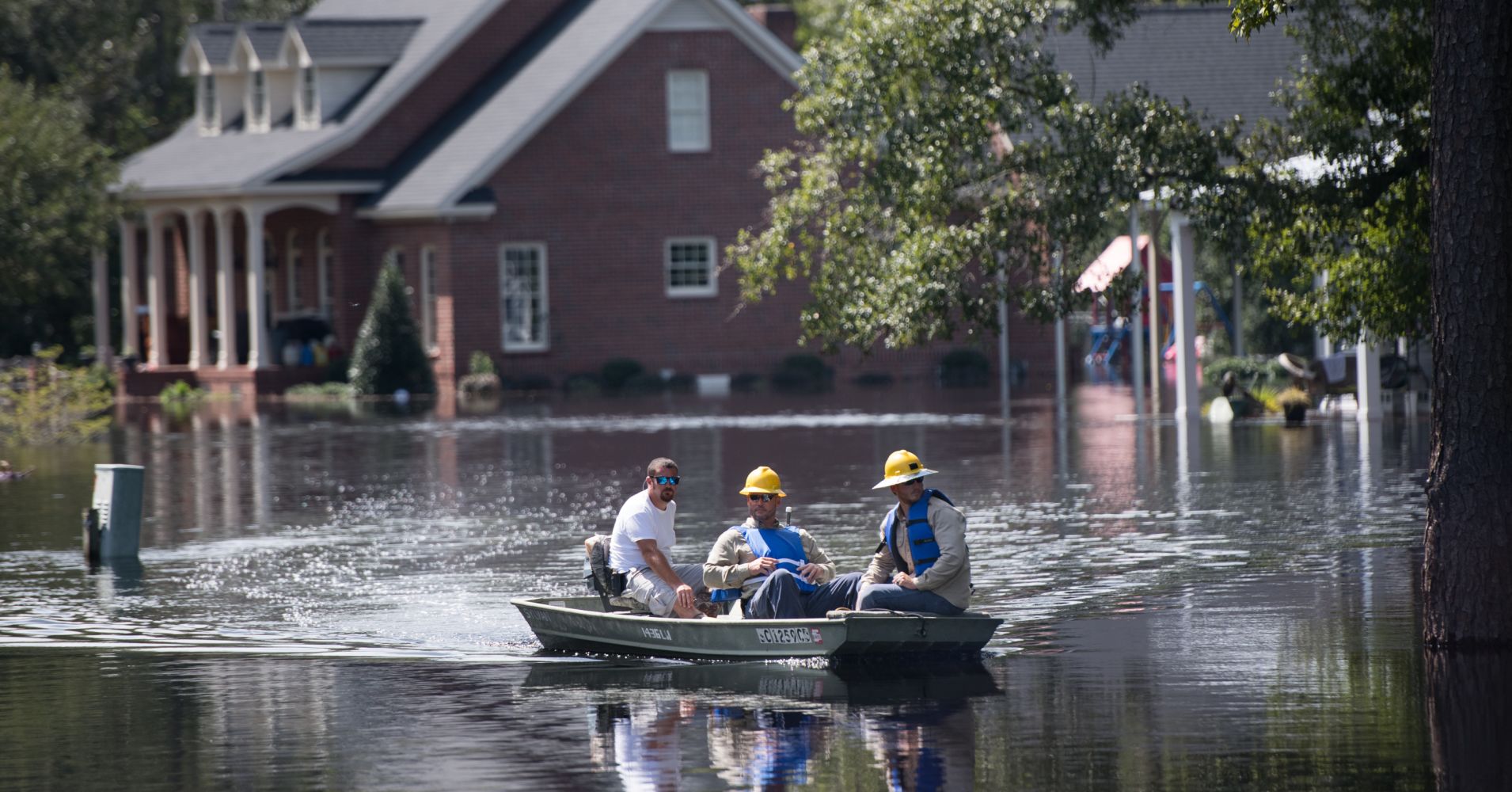 “Your homeowners policy will cover water damage if water came from above,” said Jason Hargraves, managing editor of insuranceQuotes.com. “If your house is damaged from water that comes from the ground up, you’ll need flood insurance for that.”

In the wake of Florence, the storm which left widespread flooding and destruction across the Carolinas, it’s a good reminder to homeowners of the importance of having separate insurance coverage for flood damage, David Maurstad, deputy associate administrator for insurance and mitigation at the Federal Emergency Management Agency and chief executive of the government’s National Flood Insurance Program, recently told CNBC’s “Squawk on the Street.”

Flood-caused property damage generally is covered under a National Flood Insurance Program policy, if the homeowner has one.

The problem is that most people don’t. Only 12 percent of homeowners have a flood insurance policy, according to a 2016 poll from the insurance institute.

Yet, it doesn’t take much water to do substantial damage.

By FEMA estimates, even an inch of water inside a home can generate $ 26,807 in structural and possession losses for an “average” one-story property of 2,500 square feet.

Aid from FEMA and other sources typically isn’t enough to cover that, either. FEMA data provided to The Advocate in 2016 estimated the average grant payout provided to homeowners after Superstorm Sandy was $ 8,016; for Hurricane Katrina, $ 7,114.

You can buy coverage through the NFIP or a private insurer, depending on where you live.

“It’s really meant for people who live in an area that’s in danger of flooding,” Hargraves said. But that’s not restricted to coastal communities.

“If a storm stalls inland, it will overflow creeks and rivers,” he added. “You don’t have to be on the coast to worry about a tidal surge.”

“Even if you live 100 miles inland,” Hargraves said, “check with your agent to see what’s available and what deductible you can afford.”

More from Personal Finance:
How to get money if you don’t have flood insurance
FEMA’s flood insurance chief says agency ready for onslaught of Florence claims
Your home, auto may need better insurance protection from flooding