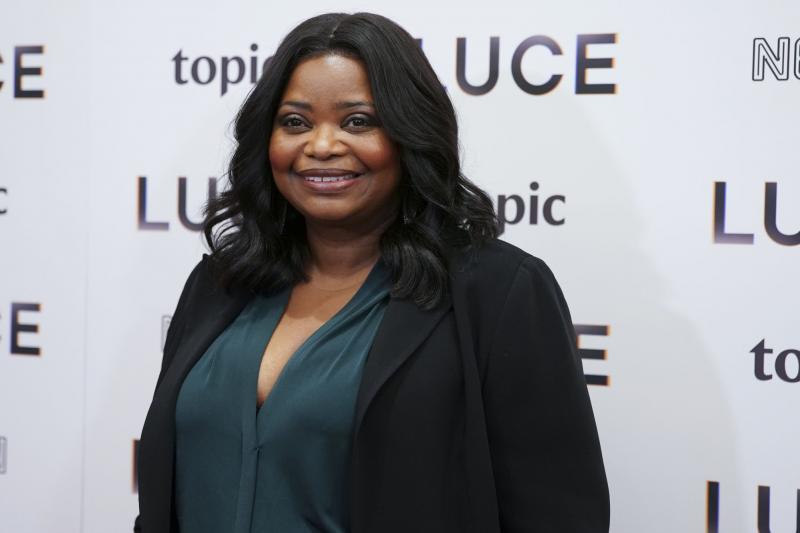 LOS ANGELES, Dec. 6 (UPI) — Truth Be Told stars Academy Award winner Octavia Spencer as Poppy Parnell, a true crime podcaster with a history of solving major crimes. The AppleTV+ show is based on the Kathleen Barber novel Are You Sleeping.

An enthusiastic reader of true crime literature — as well as a fan of several true crime podcasts — Spencer had been announced previously to star in an NBC reboot of Murder, She Wrote as far back as 2013, but the network ultimately abandoned the project.

“This show finally gives me a chance to do the detective thing, which is what I love about playing Poppy — because it works for who I am as a person,” Spencer said at a recent AppleTV+ launch event. “I am an armchair detective. I always know who the killer is by the end of it. So to do anything investigative every day was fun for me.”

Despite her love of detective fiction, Spencer said it was the podcast element of the plot that initially drew her to the series.

“It was exciting to me, because if you’re going to bring a new character to television, it’s hard to find something truly original. We’ve all seen so many procedurals. There are so many doctor shows and so many police shows. But we haven’t really seen anything like this yet,” she said.

To lend credibility to the series, executive producer Lauren Neustadter said, public radio broadcaster Sarah Koenig, creator of the popular Serial podcast, was called in to consult on Truth.

“In the novel, there was a podcaster character who was a minor character, but in order to make the show more timely — to give us a hook for the show — we made those elements part of the main character,” Neustadter said.

“That’s when we started talking to Sarah about some of the things that she would do. And then we talked to a couple of other journalists about whether or not they had ever written something that they later regretted — something that keeps them up at night.”

Spencer said the show brings out the personality of the podcaster.

“Talk to anybody about Serial or S-town or any of the innumerable podcasts out there,” she said. “You realize that people are really invested and they have their own point of view, and that’s also one of the things that we explore on the show.”

Starring opposite Spencer is Aaron Paul, best known for his Emmy winning role as Jesse Pinkman in the AMC megahit Breaking Bad. In Truth, Paul stars as Warren Cave, a convicted murderer whose supposed crimes are at the center of Poppy’s investigation.

“I was terrified of him, which is hard to believe because he’s such a wonderful guy,” Spencer said. “That shows you what a brilliant actor he is.”

The 47-year-old also reserved special praise for Emmy-winner Ron Cephas Jones, who stars as her father in the series.

“Every time Ron Cephas Jones walks into the room, we’re in awe of that man,” she said.

Reese Witherspoon, who holds an executive producer credit on the series, originally was considered for the role of Poppy, but passed.

“It’s reached a point that she’s literally too busy,” Neustadter said. “Reese is an avid reader, and she read the book and she loved the book. She knew that there was something extraordinary there. So it was really critical that we had to have her involved with this team.”

Spencer said she thought Witherspoon agreed with the casting decision.

“Actually, I think Reese realized that I was better suited for it, because I stay up into the middle of the night watching murder TV,” Spencer said. “[Showrunner Nichelle Tramble Spellman and I] bonded so quickly over our love of true crime. So I think Reese was fine with it.

“I’ll never forget that meeting. We talked about all the things we love — crime, donuts, sangria. It was a total dream come true.”

Of the eight AppleTV+ series currently streaming, four — Dickinson, For All Mankind, The Morning Show, and See –– were greenlit for second seasons before their streaming launch. Yet, Apple’s long term plans for Truth remain uncertain.

“If the acting thing ever doesn’t work out, I can always try the Behavioral Science Unit,” the actress quipped to UPI, when asked about the series’ future.

Truth Be Told will debut Friday on AppleTV+.