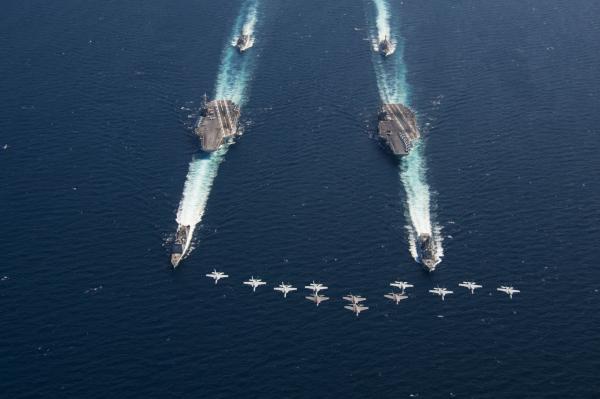 “The opportunity to conduct complex, multi-unit training better prepares us to answer our nation’s call to carry out a full range of missions, at anytime, anywhere around the globe,” Black said.

The operations include a war-at-sea exercise with strike and air operation scenarios testing the readiness of units to carry out strike, air and formation operations.

“We are the best Navy in the world, and given the complex and competitive environment we are in, we can’t take anything for granted or settle for the status quo,” Abraham Lincoln Strike Group Commander Rear Adm. John Wade said.