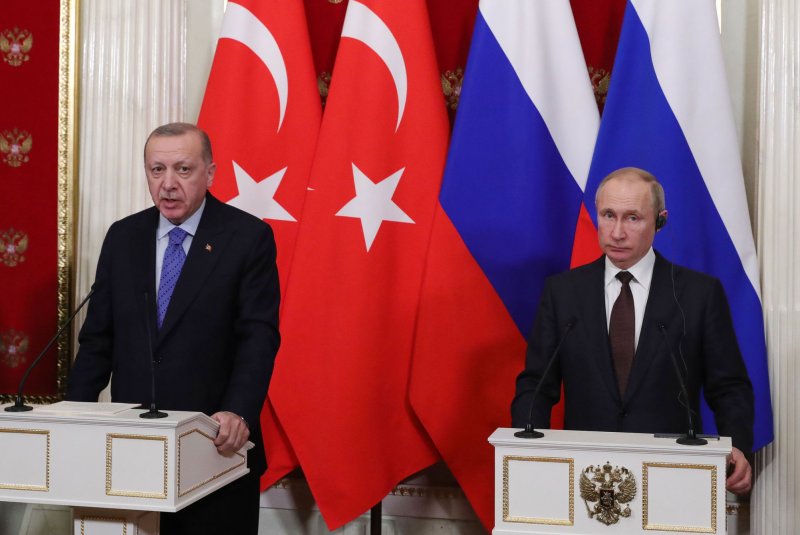 Dec. 14 (UPI) — The Trump administration hit Turkey with a round of sanctions Monday for purchasing a Russian missile defense system in 2017.

President Donald Trump had initially stalled on hitting the NATO ally with sanctions, even though Turkey’s purchase of the missile system violated U.S. sanctions law.

The delay brought complaints from Republicans and Democrats and Congress had recently passed the annual defense policy bill that required Trump to enact the sanctions within 30 days.

Turkish President Recep Tayyip Erdogan made a deal to purchase the S-400 missile system for $ 2.5 billion with Russian President Vladimir Putin. NATO allies argued that the system posed a threat to their allies and U.S. warplanes like the F-35.

Turkey said the Presidency of Defense Industries and its chief Ismail Demir was being sanctioned as part of the order along with defense officials Mustafa Alper Deniz, Serhat Gencoglu and Faruk Yigit. The Turkish Foreign Ministry called the sanctions baseless and it repeated asked to form a group to work out issues with purchasing the defense system.

“The U.S.’ preference of rejecting our offer to solve the issue through diplomacy and imposing one-sided sanctions instead is an inexplicable act,” the ministry statement said. “Turkey will take necessary steps against this move that will clearly harm the bilateral ties.”

Erdogan said in October he was not concerned with U.S. objections after testing the S-400.