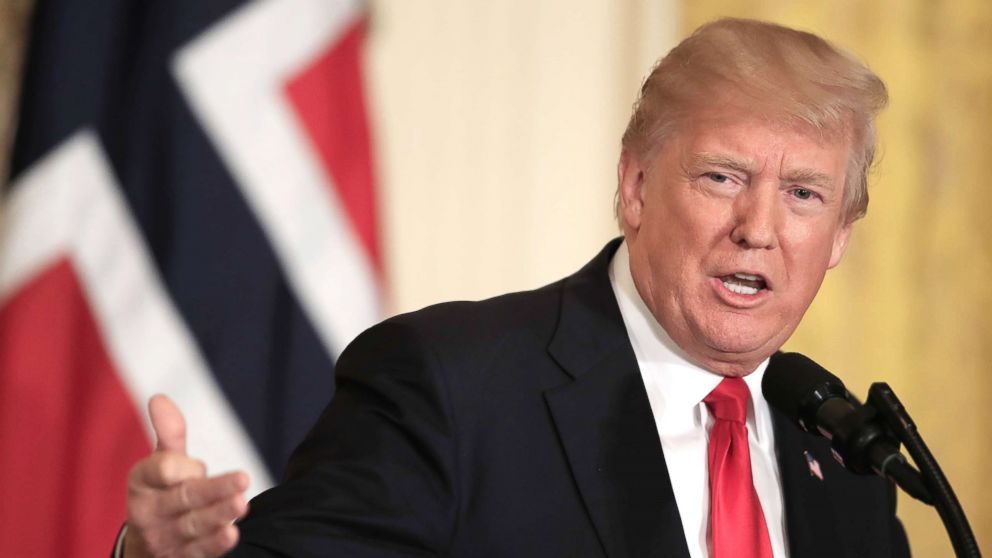 A Swiss group has started a petition to oppose President Donald Trump’s visit to the annual gathering of the World Economic Forum in Davos, Switzerland, later this month.

Campax, described on its website as a “progressive” nongovernmental organization based in Zurich, launched the mostly symbolic campaign after the White House announced Trump would be the first sitting U.S. president to attend the elite gathering in 18 years.

The campaigners also highlighted their disgust with the U.S. administration’s decision to pull out of the Paris climate agreement and took issue with many of the White House’s priorities.

Commenting on the news of the president’s announced visit on its website, the World Economic Forum said Trump’s presence “will allow participants to get a direct perspective on U.S. political and economic priorities.”

White House press secretary Sarah Sanders Wednesday told reporters the president will use the four-day forum, which starts Jan. 23, to talk about his worldview.

“He welcomes the opportunity to go there and advance his America First agenda with world leaders,” Sanders said.

The White House has not responded specifically to the petition.

Critics say the forum couldn’t be a more mismatched place for a presentation of the Trump administration’s policies.

In his first year in office, critics note, the president has criticized global trade pacts and international treaties that he says put the United States at a disadvantage. His positions are often at odds with the celebrities and chief executives who attend the forum.

The petition headlined “Trump not welcome – stay out of Davos” was launched on the campax.org website at 9 a.m. Wednesday and had gathered some 2,500 signatures by mid-afternoon.

“We would be happy to have 10,000 or 30,000” signatures,” Campax chairman Andreas Freimuller told Agence France-Presse.

Organizers were expecting 10,000 signatures by this evening, Freimuller told ABC News today, adding that most of the signees are likey Swiss because of the media attention there.

He said the group has asked Zurich airport officials for permission to host a “non-welcoming” ceremony for when Trump arrives.