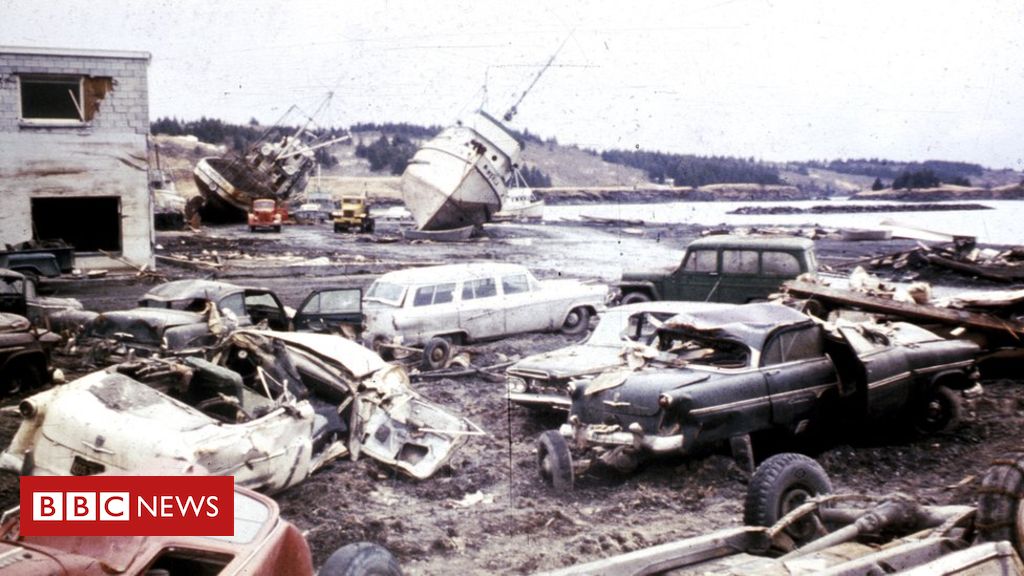 Researchers believe it then evolved to survive in the coasts and forest of the Pacific Northwest.

More than 300 people have been infected with the pneumonia-like cryptococcosis since the first case was discovered in the region in 1999, about 10% fatally.

If true the theory, published in the journal mBio, has implications for other areas hit by tsunamis.

Cryptococcus gattii is a fungal pathogen that mainly appears in the warmer regions of the world such as Australia, Papua New Guinea and in parts of Europe, Africa and South America, namely Brazil.

Researchers have theorised that it has moved around the world via the ballast water used by ships.

The scientists say the molecular age of the fungus that’s been found off the coasts of British Columbia and Washington state coincides with the start of shipping from South American ports, which boomed after the opening of the Panama canal in 1914.

However, greater curiosity about the fungus was aroused when the first infections in humans were detected in the area in 1999.

The researchers were puzzled as to how they became ill, as the normal route of infection is by breathing in spores that allow the pathogen to settle in the lungs.

In this new study, two scientists outline a novel idea as to how the deadly fungus managed to become widely dispersed in the forests that are close to the shore all along the Pacific Northwest region.

They argue that the 9.2 magnitude Great Alaskan Earthquake of 1964 played a key role.

One of the largest recorded earthquakes in the Northern Hemisphere, the quake off southeastern Alaska generated tsunamis along the region’s coastline, including Vancouver Island, as well as in Washington and Oregon.

The water carried the fungus onto land, say the researchers, where it colonised the soil and the trees, and was exposed to biological and physical selection that increased its infectiousness and virulence.

“We propose that C. gattii may have lost much of its human-infecting capacity when it was living in the seawater,” said co-author Dr Arturo Casadevall, from Johns Hopkins University in Maryland.

“But then, when it got to land, amoebas and other soil organisms worked on it for three decades or so until new C. gattii variants arose that were much more pathogenic to animals and people.”

The researchers argue that tsunami waters are known to carry dangerous fungal strains, and point to evidence of invasive skin and lung infections in survivors.

They are concerned that in years to come, other infections may turn up as a result of giant, earthquake induced waves seen in Indonesia and Japan in recent years.

“The big new idea here is that tsunamis may be a significant mechanism by which pathogens spread from oceans and estuarial rivers onto land and then eventually to wildlife and humans,” said Dr Casadevall.

“If this hypothesis is correct, then we may eventually see similar outbreaks of C. gattii or similar fungi, in areas inundated by the 2004 Indonesian tsunami or the Japanese one in 2011.”