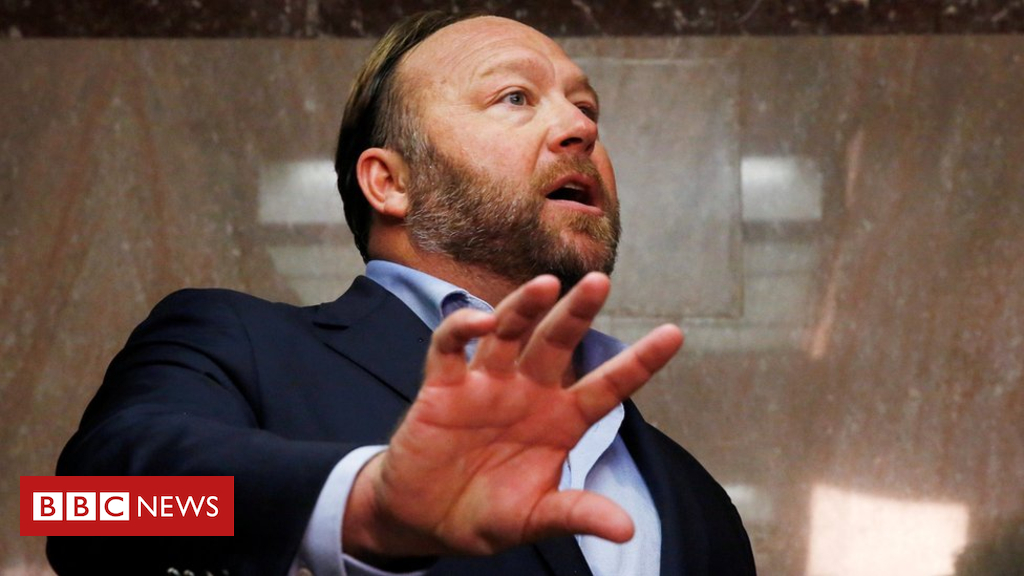 It made the move after a number of tweets that violated Twitter’s abusive behaviour policy, the company said.

The radio host is best known for spreading unsubstantiated allegations about tragic events, including 9/11.

He is currently being sued for defamation by the parents of two children killed in the 2012 Sandy Hook Elementary School shooting, which he has repeatedly claimed was a “giant hoax”. Twenty children under the age of seven and six adults died in the attack.

Twitter said the ban was a result of “new reports of tweets and videos posted yesterday that violate our abusive behaviour policy, in addition to the accounts’ past violations”.

It did not specify what the violations were.

It added that it does “not typically comment on enforcement actions… against individual accounts”, but was “open about this action given the broad interest in this case”.

Mr Jones has accused media platforms of unfair censorship of his accounts.

Twitter CEO Jack Dorsey said at the time this was because the accounts had not violated the platform’s rules – but he vowed to suspend them if they ever did so.

During the hearing, Mr Dorsey was also asked whether Twitter censors conservative voices.

Several Republicans, including US President Donald Trump, have accused Twitter of bias, which the company denies.

Mr Dorsey said his company did “not use political ideology to make any decisions”, but admitted the company’s algorithms had not always been “impartial”.

Mr Jones also sat in on the hearing, and made headlines after he confronted Republican Senator Marco Rubio while Mr Rubio was being interviewed.