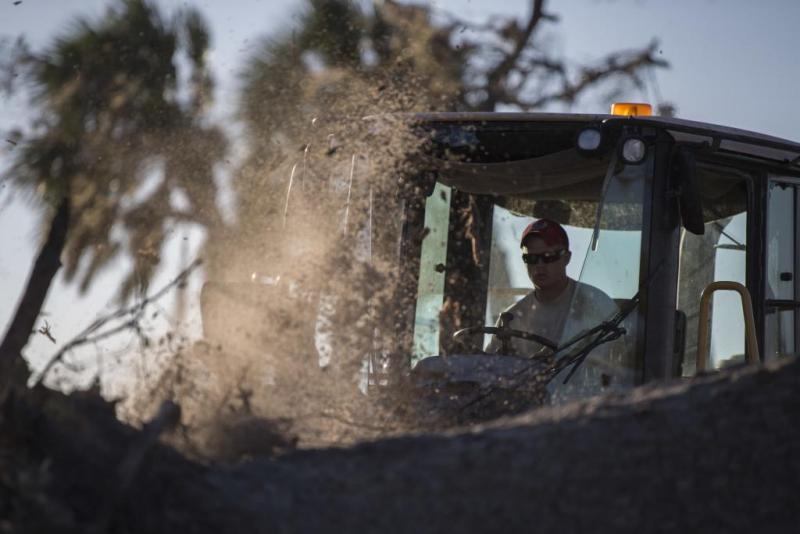 Some 90 percent of debris has been removed and assessors have determined 20 percent of the base’s facilities need to be demolished, 325th Fighter Wing Vice Cmdr. Jefferson Hawkins told the Panama City News-Herald newspaper.

“The base is actually doing really well,” Hawkins said. “We’ve got a lot of assets that the community doesn’t have, which is unfortunate for the community.”

Rebuilding the decrepit facilities, however, will likely take up to five years, Hawkins said. Most airmen will return to the base on Dec. 10 and that they will “work at full capacity.”

Before the storm hit in October, the base contained more than 860 housing units and was served by more than 11,000 airmen and their families, Brig. Gen. Edward Thomas told NPR that month. At the time, Thomas said he thought “it would be fair to say it will be years to make Tyndall look like it did before the hurricane hit.”

Air Force officials have also been able to salvage an F-22 aircraft that was left behind during the storm and was situated under a destabilized concrete wall, the Air Force said in a news release Thursday.

“We galvanized around the effort to support the wall stabilization requirement and enabling a successful outcome,” Smith said. “Finding existing funding sources was crucial for this requirement and averted a potentially lengthy contracting process.”

The Air Force release praised budget experts with the AFIMSC for their “robust support in the aftermath of a horrific natural disaster.” The center’s budget operations deputy chief, Capt. Whitney Hawkins, responded to the base days after the hurricane hit the Florida coast.

“It was a once-in-a-lifetime opportunity to have a direct impact on the actual mission on the ground,” Whitney Hawkins said. “Traditionally, the Air Force focuses on flight line operations, but in this case, the mission was the recovery effort, which inherently is mission support.”