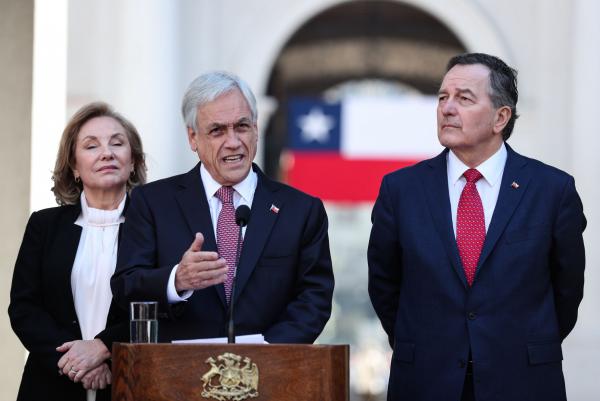 Oct. 1 (UPI) — The International Court of Justice ruled Monday that Chile is under no obligation to negotiate granting neighbor Bolivia access to the Pacific Ocean, ending a 134-year-old dispute between the two countries.

The court, the United Nations’ highest, voted 12-3 to dismiss the case after five years of deliberations.

Bolivia became landlocked in the early 20th century after losing the War of the Pacific to Chile, which claimed some 250 miles of Bolivian coast as its own as part of the 1904 Treaty of Peace and Friendship. But Bolivia has demanded access to the ocean for decades because much of the country’s imports must go through Chilean ports.

“Restoring Bolivia’s sovereign access to the sea would make a small difference to Chile, but it would transform the destiny of Bolivia,” former Bolivian President Eduardo Rodríguez Veltze told the ICJ in March.

Bolivian President Evo Morales, who is seeking re-election, has pushed for a renegotiation of borders for years.

“Bolivia will never give up,” he said Monday after the ruling was read, the BBC reported.

He traveled to The Hague to hear the ruling.

“The court’s finding should not be understood as precluding the parties from continuing their dialogue and exchanges, in a spirit of good neighborliness, to address the issues relating to the landlocked situation of Bolivia, the solution to which they have both recognized to be a matter of mutual interest,” the court said in its ruling.