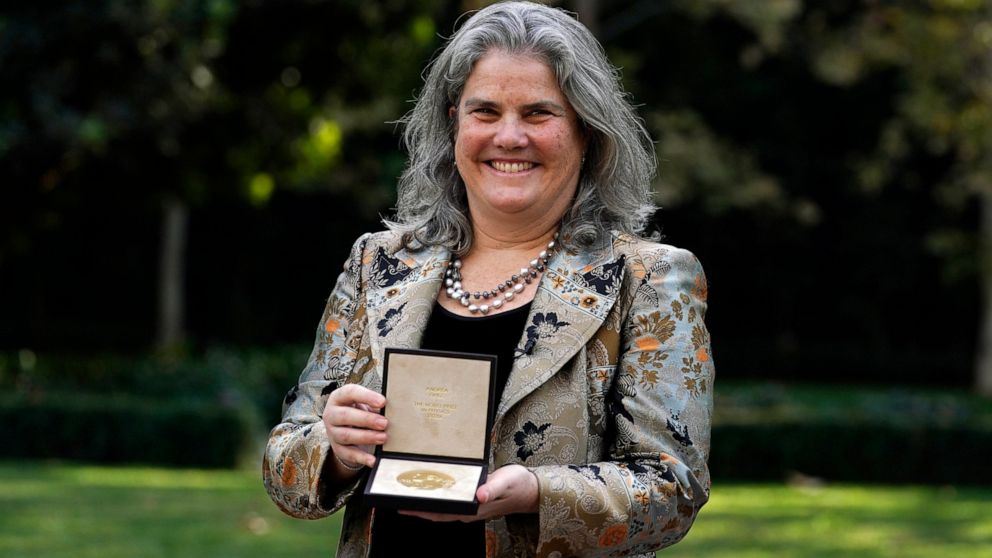 The World Food Program will receive its Nobel Peace Prize on Thursday in a different way from the pomp-filled traditional celebration in the Norwegian capital, because of the coronavirus outbreak

ROME — The World Food Program will receive its Nobel Peace Prize Thursday, in an event very different from the traditional pomp-filled celebration in the Norwegian capital because of the coronavirus outbreak.

In Oslo, the head of the Norwegian Nobel Committee, Berit Reiss-Andersen, will give a webcast statement, after which David Beasley, the U.N. agency boss, will give an acceptance speech from Rome, where it is based. The body was given the prestigious award for efforts to combat hunger.

This year, 12 laureates were named across the six categories. All but the Peace Prize have been awarded over the past days at low-key ceremonies across Europe and the United States in the places where the winners live.

A Nobel prize comes with a 10-milion krona ($ 1.1 million) cash award — to be shared in some cases — diplomas and gold medals.

Traditionally, the lavish Nobel ceremonies are all held Dec. 10, the anniversary of the death of prize founder Alfred Nobel, in Stockholm, except for the Peace Prize that is held in Oslo, in neighboring Norway. Nobel wanted it that way, for reasons that he kept to himself.

“The pandemic has subjected us all to difficult obstacles. We have been reminded of the importance of cross-border cooperation in resolving humanitarian crises and that, with the help of science, we can find solutions to the challenges we face,” said Lars Heikensten, executive director of the Nobel Foundation.

The Norwegians at first had planned a scaled-down event with 100 guests instead of the traditional ceremony with roughly 1,000 guests. But plans were changed again in November when the WFP and the Norwegian Nobel Committee said that an in-person award ceremony would not be held.

The Oslo-based committee added that depending on how the pandemic develops, Beasley could maybe give his Nobel lecture at the Oslo City Hall in 2021, followed by a Nobel banquet.

The concert held after the Nobel Peace Prize ceremony — the musical tribute to the laureate first held in 1994 — also has been canceled. In the past, it has drawn big names from the entertainment industry.

Later Thursday, in place of the traditional glitzy ceremony in Stockholm, a webcast event with members of the prize-awarding institutions will present the discoveries and achievements being awarded. Sweden’s King Carl XVI Gustaf will take part.

Jan M. Olsen in Copenhagen, Denmark, contributed to this report.