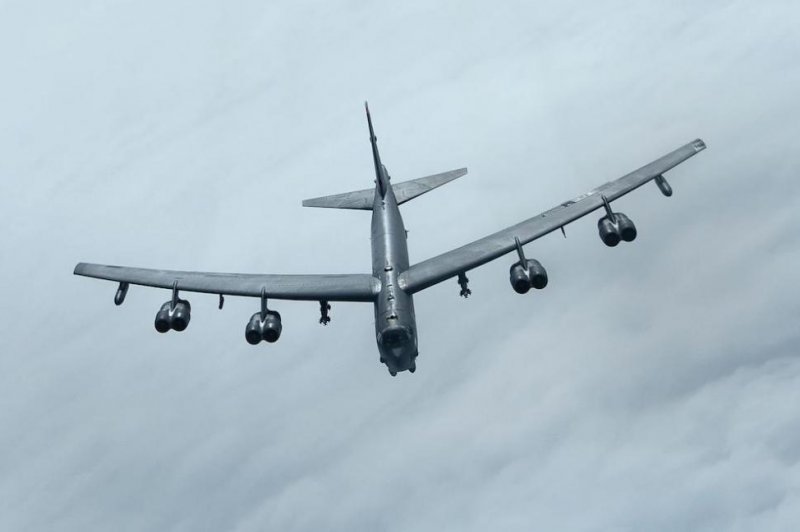 Dec. 4 (UPI) — A U.S. B-52 bomber joined NATO fighter planes for exercises over the Barents Sea, bordered by Norway and Russia, the U.S. European Command announced.

The mission emphasized integration exercises over the remote Arctic sea between the bomber from the 5th Bomb Wing of Minot Air Force Base, N.D., and F-16 fighter planes of Greece and Norway.

They also practiced refueling operations with the involvement of U.S. and Turkish KC-135 aircraft. The U.S. crews flew to their home base immediately after the exercises.

The B-52, known as the Stratofortress, has been in use by the U.S. Air Force since 1955. Regarded as a long-range heavy bomber, the plane is capable of flying at 50,000 feet in altitude.

The NATO drill, announced Thursday by the U.S. European Command, was the latest in regular assignments for the planes.

A U.S. Air Force B-52 bomber joined Ukrainian fighter planes and five NATO intelligence planes in September in an exercise over the Black Sea.

One B-52, in another mission over the Black Sea in September, was intercepted by two Russian Su-27 fighter planes.

The intercept prompted the U.S. Air Force to say the Russian pilots “flew in an unsafe and unprofessional manner” while crossing within 100 feet of the B-52, causing turbulence and restricting the B-52’s ability to maneuver.

In August, four B-52s of Minot Air Force Base ceremonially flew over all 30 NATO countries, accompanied by allied aircraft, in a statement of solidarity.