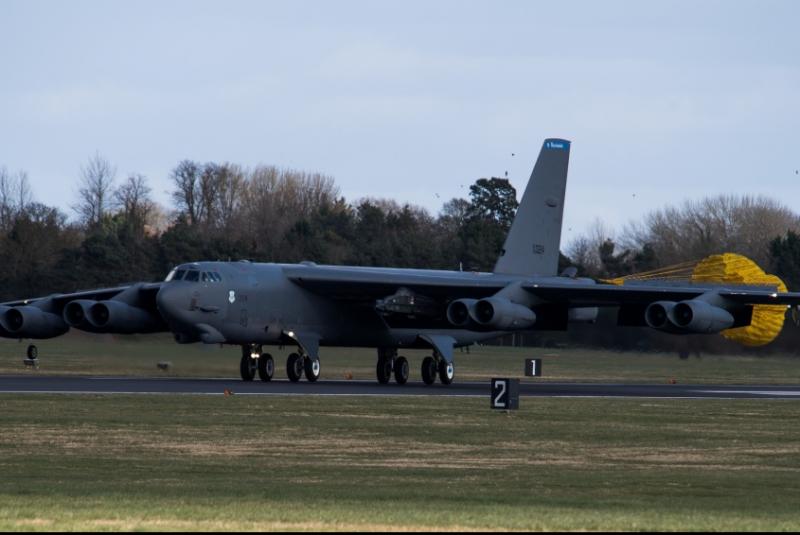 March 19 (UPI) — The U.S. Air Force deployed six B-52 bombers to Europe last week for training flights over the continent.

In an announcement Monday, the Air Force said the aircraft were conducting a training mission that’s part of a coordinated effort across U.S. European Command, U.S. Indo-Pacific Command and U.S. Strategic Command.

The deployment of the aircraft also included more than 450 airmen who first arrived at Royal Air Force base Fairford in Great Britain, NATO said in a news release last week.

The U.S. has made similar deployments of its strategic bombers to Europe at least once annually since 2014, NATO said.

“This is a routine deployment, but it shows that the U.S. nuclear umbrella protects Europe and demonstrates the unique capabilities the U.S. could bring to Europe in a crisis,” NATO spokesperson Oana Lungescu said. “The B-52 deployment is yet another sign that the United States is strongly committed to NATO.”

Last week, two U.S. B-52s stationed in Guam “conducted routine training in the vicinity of the South China Sea,” a flashpoint for Chinese tension in the region, Pacific Air Forces said in a statement to Stars and Stripes. It was the second B-52 training exercise over the South China Sea since the beginning of March.