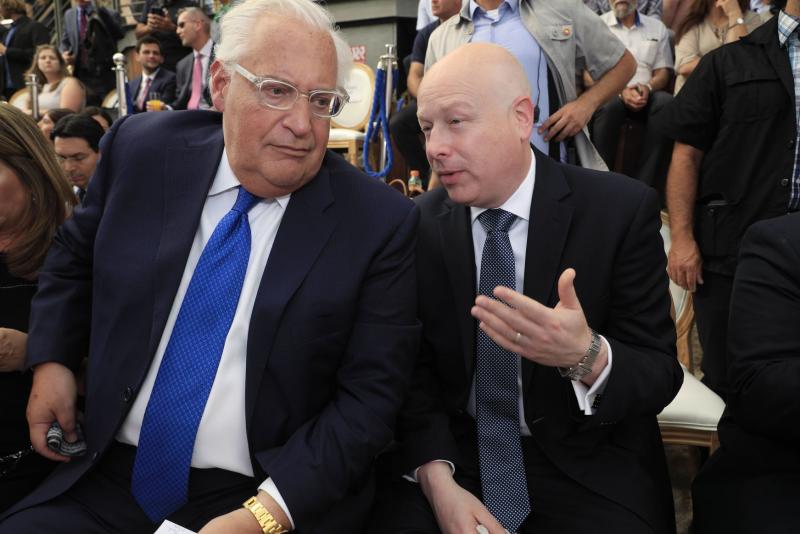 Friedman and Greenblatt hammered through the final wall in front of Pilgrimage Road at the City of David National Park, underneath Palestinian homes in East Jerusalem in the ceremonial event that angered Palestinians and Israeli non-governmental organizations.

Archeologists had spent the past eight years excavating the area that is believed to have served as a pathway for Jews traveling to Temple Mount.

“The City of David brings biblical Jerusalem back to life,” Friedman said. “It enables every one of us to stroll the corridors where the ancient prophets of Israel gave voice to revolutionary ideals of freedom, liberty and human dignity.”

The Palestinian Authority and left-wing Israeli NGOs opposed the ceremony, stating the site’s opening would increase Israeli presence in portions of Jerusalem which it hopes will become its capital.

Friedman said the ceremony would affirm President Donald Trump‘s decision to recognize Jerusalem as the capital of Israel as it “brings truth and science to debate that has been marred too long by myths.”

“Whether there was ever any doubt about the accuracy, the wisdom, the propriety of President Trump recognizing Jerusalem as the capital of Israel, I certainly think this lays all doubts to rest,” Friedman said.