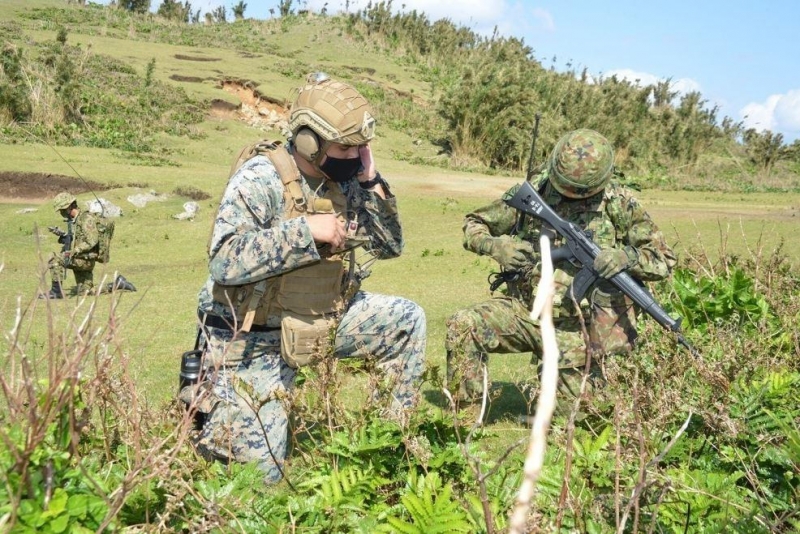 “Keen Sword was a tremendous success with respect to operating and integrating with our allies,” said Lt. Gen. Kevin Schneider, commander of U.S. Forces Japan, in a statement at the conclusion of the exercises on Thursday.

“By learning from and working alongside each other, not only did we improve our joint and bilateral capabilities, we once again demonstrated our unwavering resolve to the U.S.-Japan Alliance, which has been the foundation of peace, stability, and security in the Indo-Pacific region for the past 60 years,” Schneider said.

A frigate of the Royal Canadian Navy, the HMCS Winnipeg, joined the carrier strike group led by the aircraft carrier USS Ronald Reagan and aircraft from Carrier Air Wing 5 in the exercise.

Major portions of the exercise focused on integration, demonstrating the inherent flexibility and capability of the U.S .and Japanese militaries, the statement noted.

“Working with the Japanese forces, I could tell they are masters of their trade,” commented said Cpl. Juan Pena, a team leader with the1st Battalion, 3rd Marines. “Setting up bilateral security upon insertion and relaying information across units came with ease.”

Elsewhere on the Japanese coast, a complex joint targeting and fire support coordination was conducted by elements of the U.S. Army’s 17th Field Artillery Brigade, 12th Marine Regiment and 3rd Marine Division, enabling the bilateral amphibious force to arrive on land from the sea.

Keen Sword 21 was designed to provide a comprehensive scenario to test critical capabilities needed to support the defense of Japan and response to a crisis or contingency in the Indo-Pacific region, the Navy said in a statement prior to the exercise.

“As we develop new and better ways to operate and integrate, exercises like this clearly demonstrate the growing strength of the U.S.-Japan Alliance,” U.S. Forces Japan Lt. Gen. Kevin Schneider said.