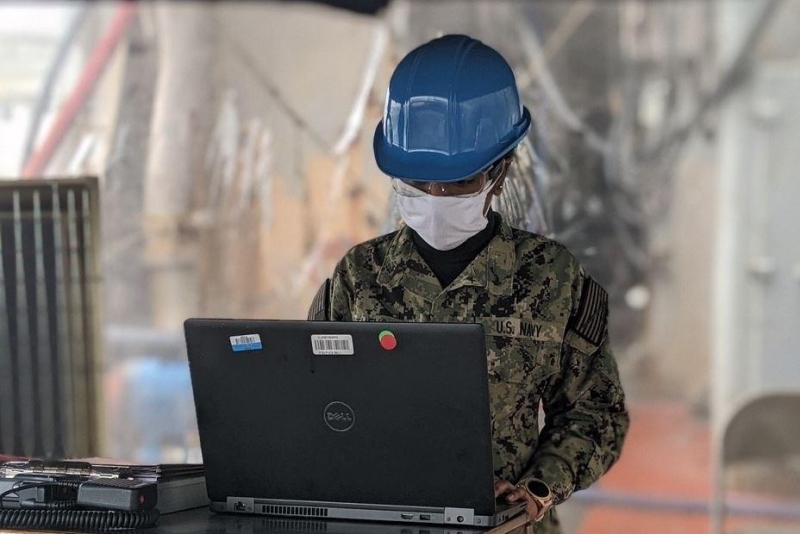 Aug. 14 (UPI) — Damage control software to track the spread of the COVID-19 virus is being rolled out to U.S. Navy vessels, the Naval Sea Systems Command said on Friday.

The software will be delivered in laptop computers to171 surface ships, and will be used to repurpose the existing Advanced Damage Control System, officials said.

The system has been used to manage and store data related to incidents from ship collisions and fires to enemy attacks.

With the onset of the pandemic, the Naval Surface Warfare Center, Philadelphia Division proposed upgrading the system to help ships manage and mitigate the impact of the virus, officials said.

The software already contains templates for chemical or biological attacks, and can track personnel, plot boundaries around quarantined areas and manage traffic throughout the ship.

“The ability to innovate is a cornerstone of ADCS,” John Buckley, branch manager of NSWCPD Machinery Control Systems and the damage control system, said in a statement.

“One of the directives we had when we started designing the system was that it had to be adaptable for purposes we had never even considered,” Buckley said. “A global pandemic was not something we had planned on, but keeping sailors safe definitely was.”

The ADCS system has been in place aboard ships since 2018. The effort to design appropriate software to track the effects of the virus began after a COVID-19 outbreak among the crew of about 3,000 aboard the aircraft carrier USS Theodore Roosevelt in May.

“This effort represents a substantial amount of collaboration and innovation across the Naval Sea Systems Command enterprise,” officials said in the statement, citing the work of engineers, software developers, and trainers and the Technical Warrant Holder for Damage Control and Personnel Safety.

The laptop computers are expected to be fully deployed within two to four months.