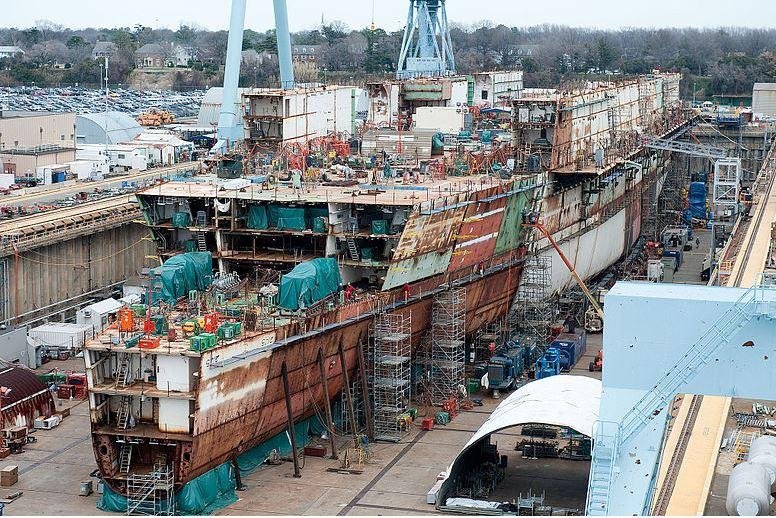 The 23-page “Report to Congress on the Annual Long-Range Plan for Construction of Naval Vessels,” released on Thursday, calls for construction of three new attack submarines, four large unmanned surface vessels, designation of a second shipbuilder for frigates and retirement of most of the Navy’s current cruiser fleet.

It also refers to development of light amphibious warships and next-generation logistics programs.

The announced plans differ from previous Navy projections, which in part include an increase of 44 ships between Fiscal Years 2021 and 2026 at a cost of $ 102 billion.

The ambitious plan, based on a classified study presented to Congress earlier in December, was released on Thursday and will likely initiate a battle in Congress between the Navy and other U.S. service branches over funding.

“The plan calls for a larger fleet of both manned and unmanned vessels prepared to face greater challenges on, above or under the sea, by accelerating submarine construction, modernizing aircraft, extending the service life of cruisers and increasing the number of destroyers,” David L. Norquist, deputy secretary of defense, said in a Pentagon press release.

In January, the U.S. Navy and Marine Corps released a future force design concentrating on small but lethal small across wide areas of ocean, a plan declined by then-Defense Secretary Mark Esper on economic grounds.

Esper ordered the Navy to find the funding internally, but agreed to the plan in September. Weeks later Esper was fired from his position.

“I think, internally, certainly we’ll have challenges again with the new administration [of President-elect Joe Biden] in terms of explaining the rationale for making the investments in the naval force and heading down in the direction the commandant and I want to go in,” Chief of Naval Operations Adm. Mike Gilday commented on at a USNI event on Dec. 3.

A Pentagon said Thursday the report cites a greater need for unmanned vessels and smaller and more versatile ships, the Constellation-class frigates offered as an example.

“The Navy will still sail proven, traditional capabilities, such as attack submarines, nuclear-powered aircraft carriers and air wings, and logistics forces, but the study also looked at building more small multi-mission combatants,” the Defense Department said in a press release.

“This would enable more efficient distribution of missions across the surface fleet, freeing other assets for critical high-end missions,” DoD said.