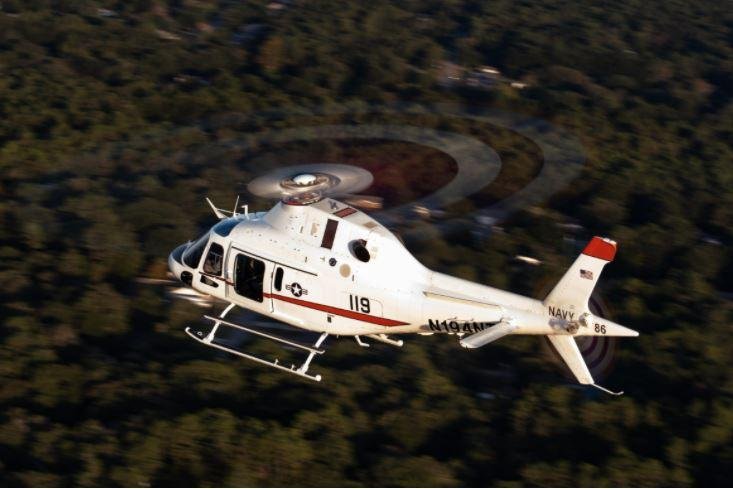 The deal, revealed on Thursday, is a contract modification for production and delivery of 36 TH-73A aircraft in support of the Navy’s Advanced Helicopter Training System program. It follows a January contract, for$ 175.5 million, for 32 similar helicopters and spare parts, with deliveries beginning in 2021.

The Navy plans to acquire a total of 130 TH-73As to replace its aging fleet of TH-57B/C Sea Ranger aircraft, in contracts potentially worth $ 648 million.

The Philadelphia-based company is a division of the Italian defense contractor Leonardo, and markets the helicopter commercially as the AW119W.

In its military configuration, the rotorcraft includes space for sniper rifles, several mounted machine guns and rocket launcher tubes. It can carry up to seven people.

The civilian version of the helicopter is currently in use by the governments of Brazil and Mexico, the border patrols of Latvia and Finland, the police departments of New York City and Phoenix and in rescue operations in Australia and Malaysia.

The U.S. Navy and the air forces of Algeria, Israel, Bangladesh and Ecuador also have military versions.