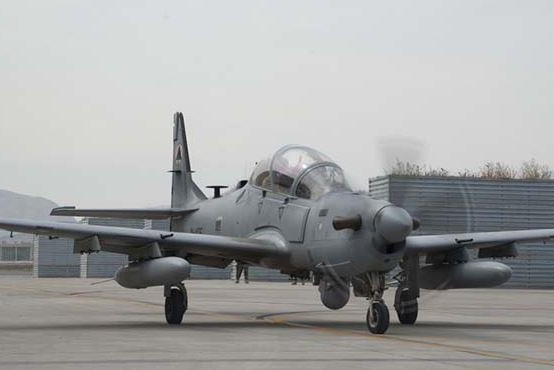 The plane, an A-29 Super Toscano, was on a training exercise on Thursday in Baghlan province when the incident occurred. The pilot’s name was not released, and it is unclear if a second person was aboard the two-seat plane, according to reports.

Preliminary reports from United States Forces Afghanistan indicated that a mechanical issue was the cause of the crash. Support aircraft arrived quickly in the remote valley where the plane crashed to rescue the pilot.

The plane was assigned to the Kabul Air Wing, based in Kabul.

The A-29 is made jointly by Brazilian company Embraer and U.S. company Sierra Nevada Corp.

The propeller-driven plane is the main light attack aircraft of the Afghan Air Force, which owns 25, according to a July report to Congress from the Pentagon. The plane has minimal armament, including a .50 caliber machine gun, but is capable of dropping laser-guided bombs.

Training of Afghan pilots took place at Moody Air Force Base in Georgia until 2019, when it was moved to Afghanistan.