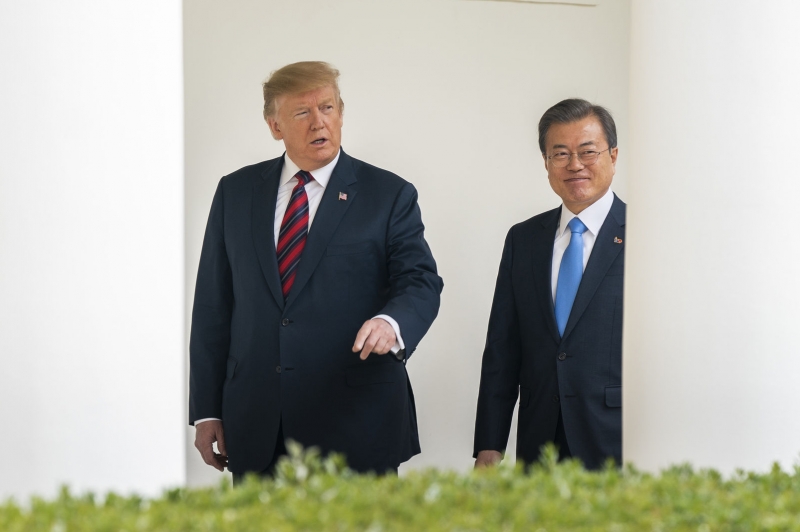 NEW YORK, Oct. 21 (UPI) — A standoff in defense burden sharing negotiations between the United States and South Korea are raising concerns of an unraveling of the alliance, as both sides look toward upcoming elections.

U.S. Gen. Vincent Brooks, former commander of U.S. Forces Korea and the Combined Forces Command, said Tuesday at a virtual symposium hosted by the Institute for Corean-American Studies in Washington the emphasis on national self-interest is endangering a 70-year-old “blood-forged” alliance.

“There is a drifting right now” amid political motivation in most countries, Brooks said. U.S. and South Korean administrations need to “hold a high standard.”

Brooks, who served as U.S. Forces Korea commander from 2016 to 2018, also said the increase in nationalistic views on the alliance is an “anathema.” Self-interest above alliance will weaken the alliance, and can cause the relationship to come apart altogether, the former commander said.

“Things like the Special Measures Agreement are clearly on pause,” he said, referring to defense cost negotiations.

Brooks’ comments come at a sensitive time in U.S.-South Korea relations. Since the beginning of U.S. President Donald Trump‘s term of office, the president has lamented about what he perceives as a lack of financial commitment from allies to the global U.S. military presence. South Korea, meanwhile, has struggled to justify U.S. demands for a five-fold or $ 5 billion annual contribution to U.S. troops.

Brooks said Tuesday the U.S. policy toward South Korea misses the mark. Seoul is “by far and away a global exemplar” among alliances, in terms of percentage of GDP spent on defense.

Trump’s views have become U.S. policy amid the impasse, however. On Monday U.S. Secretary of Defense Mark Esper said at an Atlantic Council event that he would continue to push for increasing burden sharing, less than a week after meeting with his South Korean counterpart in Washington. Esper also said the Pentagon continues to prioritize the strengthening of alliances.

The 52nd Security Consultative Meeting held last Wednesday ended with a U.S.-South Korea joint statement that did not include references to maintaining current troop levels on the Korean Peninsula. The phrase was included in last year’s statement.

OPCON has become a hot-button issue for both sides. According to the JoongAng Ilbo last week, U.S. defense officials were not in agreement to complete the transfer before May 2022, the end of Moon’s term of office.

Brooks said he is concerned about misunderstandings regarding the transition. OPCON does not imply the “sudden giving of sovereignty to South Korea,” as it is “incorrectly perceived by the body politic.” Neither does OPCON subjugate U.S. forces to foreign command, Brooks said.

But the former U.S. commander also said South Korea could be lowering standards for conditions of transition as a response to perceived political pressure; Moon could be aiming for a completed transition before he leaves office despite U.S. reservations. Seoul’s progressive government could also be sensing pressure from Pyongyang to demonstrate a higher degree of autonomy from the United States.

“The North has clearly put pressure on South to show independence,” Brooks said.

South Korean independence from U.S. decision-making has been demonstrated in Moon’s call for an end-of-war declaration with North Korea. Skeptics have said the proposal would be a dangerous move.

But Brooks, who has said North Korea is waiting until after the U.S. presidential election to resume talks, said an end-of-war declaration is not widely accepted but worthy of consideration.

An end-of-war declaration is far short of a peace treaty, he said.