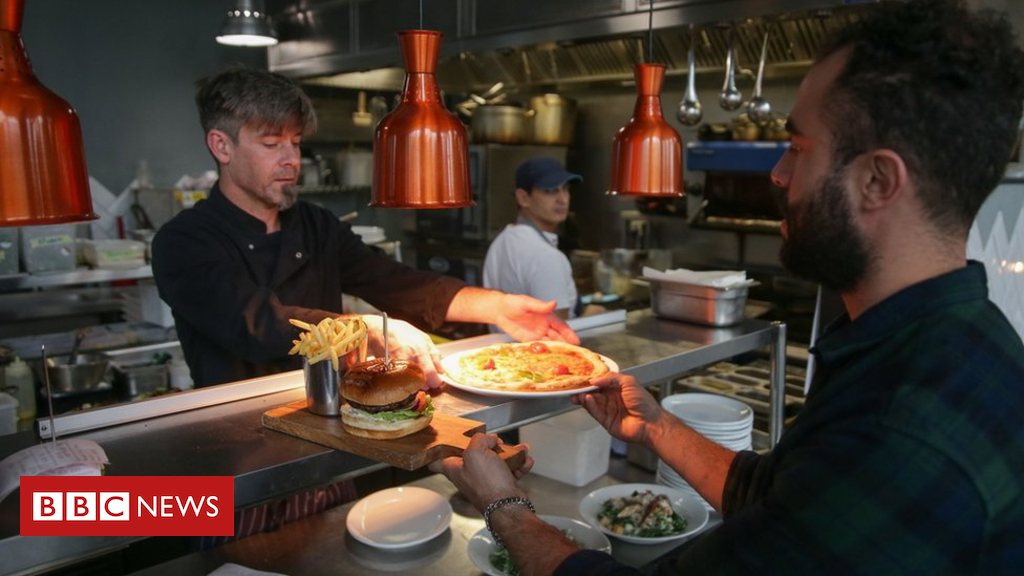 The UK economy expanded by less than previously thought in the last three months of 2017, official figures say.

GDP grew by 0.4% in the October-to-December period, the Office for National Statistics (ONS) said, down from the initial estimate of 0.5%.

The revision was due to slower growth in production industries, the ONS said.

In 2017 as a whole, the economy grew by 1.7%, also slightly lower than previously thought and the weakest since 2012.

The ONS had previously estimated that the economy grew by 1.8% last year.

The statistics body said that household spending grew by 1.8% last year, also the slowest annual rate since 2012. It said the slowdown was partly because of shoppers facing higher prices in stores.

Last month, the Bank of England raised its growth forecast for the UK economy to 1.7% this year, from its previous forecast of 1.5% made in November.

At the time, the Bank indicated that the pace of interest rate increases in the UK could accelerate if the economy remained on its current track.