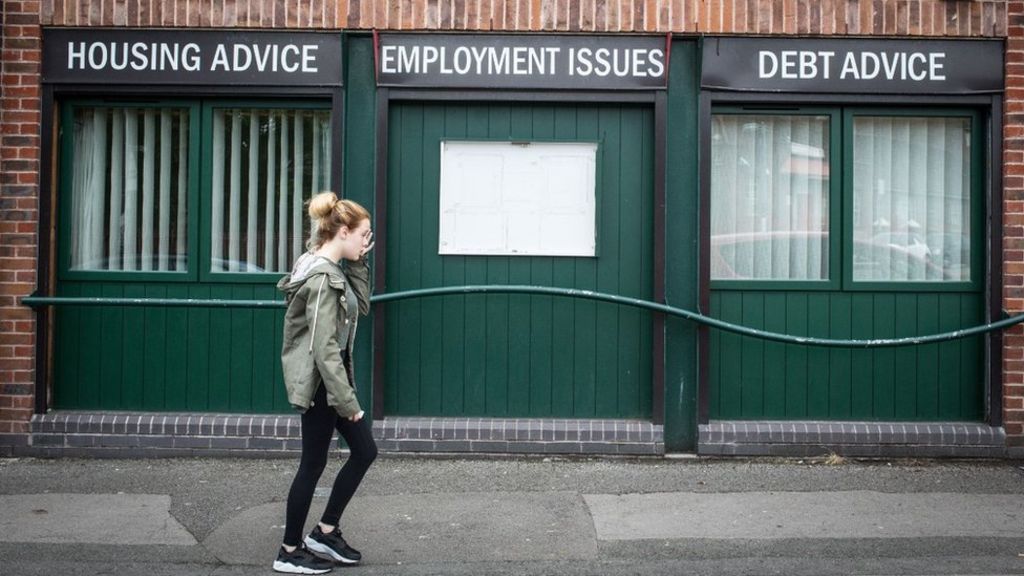 The UK’s wealth gap has been widening over the past decade, a report says.

Think tank the Resolution Foundation estimates 1% of adults, some 488,000 people, own 14% of the nation’s assets – worth about £11 trillion.

At the other end of the financial scale, 15% (7.3 million people) either own no assets at all, or are in debt.

The government has responded to the findings by insisting that income inequality is at its lowest level since the mid-1980s.

The Resolution Foundation says it is non-partisan and was founded in 2005, with “the goal of improving living standards for the 15 million people in Britain on low and middle incomes”.

The foundation says the spreading of property wealth in the mid-1990s and mid-2000s fuelled a decade-long fall in wealth inequality – but that progress has since gone into reverse.

However, the foundation warns “that with home ownership steadily falling since its mid-2000s peak, the proportion of property wealth owned by the bottom four-fifths of the population has started to fall again”.

“Given the hugely unequal distribution of wealth across Britain, it’s time we looked into how the nation’s wealth is divided up and what the consequences are for those who never build up assets of any significance,” said Conor D’Arcy, policy analyst at the Resolution Foundation.

“Falling levels of home ownership mean that, having once been a great force in driving down inequality, shifts in who owns what property are now fuelling the wealth gap between rich and poor, while also creating sharp wealth divides between young and old.”

A government spokesperson said: “We want to build an economy that works for everyone.

“Income inequality is now at its lowest level since the mid-1980s and the lowest paid saw their wages grow faster than for 20 years.

“The next step is to get Britain building more homes and halt the decline in housing affordability.

“The Housing White Paper which sets out a bold package of reforms, following a £7.2bn investment at Autumn Statement, will help ensure more working people have the security of a decent place to live.”