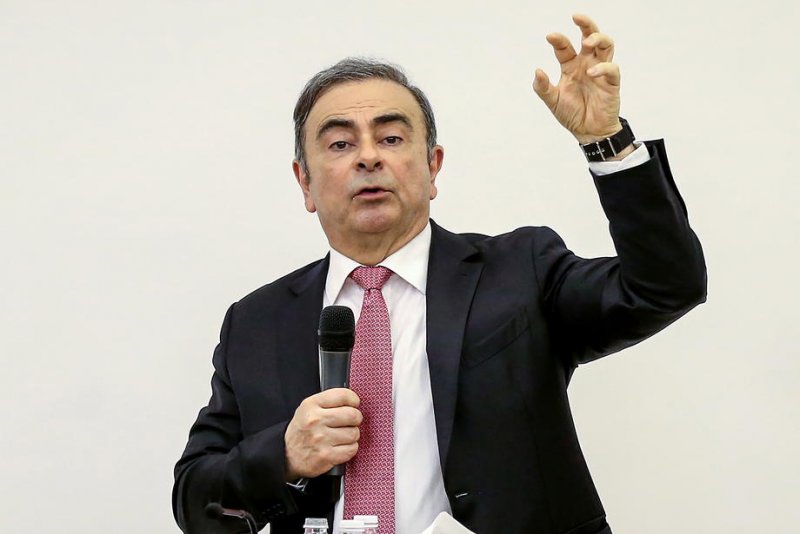 Nov. 23 (UPI) — An independent panel working with the United Nations announced Monday that fugitive and former Renault-Nissan executive Carlos Ghosn was wrongly arrested in Japan and should be given “compensation and other reparations” according to international law.

The UN Human Rights Council’s Working Group on Arbitrary Detention said in a report that Ghosn, 66, was arrested and detained for more than 100 days in a Tokyo cell as part of a system of what the panel called Japanese “hostage justice,” in which suspects are detained for long periods in inhumane conditions, exerting psychological pressure to confess.

The five-member group, which is made up of independent experts, asked the government of Japan to conduct a “full and independent investigation” of Ghosn’s multiple arrests and detention, during which his lawyers said he was questioned for five hours at a time without his lawyer present and deprived of sleep.

The panel said that Ghosn’s treatment violated Japan’s participation in the Universal Declaration of Human Rights and international rules about the right to a fair trial.

“Taking into account all the circumstances of the case, the appropriate remedy would be to accord Mr. Ghosn an enforceable right to compensation and other reparations, in accordance with international law,” the working group said.

“All proceedings based on the Japanese case or based on cooperation with the Japanese judicial authorities are illegal and liable to be declared null and void,” attorneys François Zimeray and Jessica Finelle said in a statement.

Ghosn, now an international fugitive living in Lebanon, was first arrested in Japan in November of 2018 on charges that he was diverting corporate funds from Nissan to his own private bank accounts and funding his lavish lifestyle. He was taken into custody four different times and then released.

Goshn fled Japan in December 2019, while free on $ 19 million bail, by smuggling himself out of Japan on a private jet inside a large box used to transport concert equipment.

An American father and son were arrested in the United States for their part in the escape as well as several employees of the Turkish private jet company that facilitated the incident.

In January, Ghosn said he’s innocent and explained that he fled to escape unfair treatment by Japanese authorities. Japan and Lebanon have no extradition treaty, so the Lebanese government has no obligation to return Ghosn to Japan.

Earlier this month, a $ 90 million civil lawsuit filed by Nissan against Ghosn began hearings in Yokohama District Court against Ghosn in absentia.