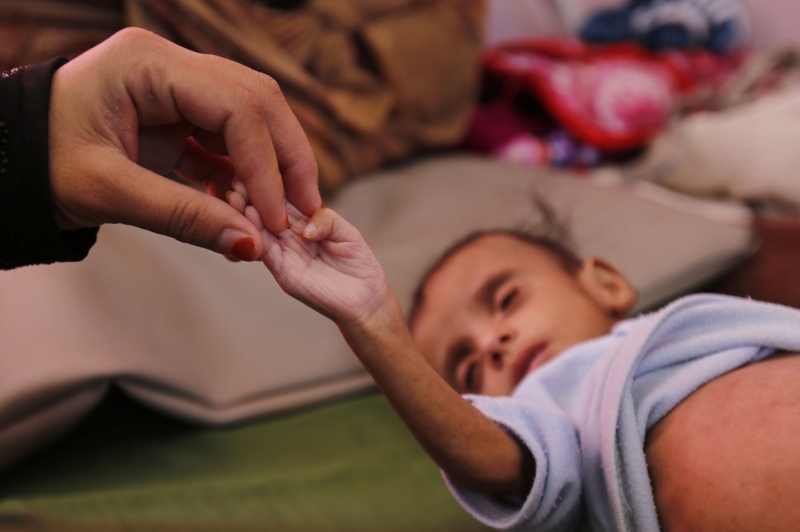 June 26 (UPI) — Millions of children in Yemen already suffering under five years of conflict risk being pushed to “the brink of starvation” amid the coronavirus pandemic, the United Nations warned Friday as it appealed to the international community for more than $ 460 million.

UNICEF said in a new report published Friday that the number of malnourished children under five years of age could increase by 20 percent to around 2.4 million, or half of all Yemeni children in this demographic, while an additional 30,000 children could develop life-threatening acute malnutrition in under half a year’s time.

Another 6,600 children under five could die from preventable causes by the end of 2020, representing an increase of 28 percent, the report said.

“Countless childhoods have been lost in this five-year war and we fear we will lose many more as COVID-19 spreads,” Sara Beysolow Nyanti, UNICEF’s representative in Yemen, said in the report. “In one day, a child in Yemen will face injustice and hardship on a scale that most people will never experience in a lifetime.”

The report details how the ongoing conflict between Houthi rebels and the Yemen government that began in 2015 has devastated the health system. Its infrastructure is now under severe strain attempting to combat the coronavirus, threatening to further deteriorate the dire situation children face in the country.

The health system “is teetering closer to collapse,” the report said, with only half of Yemen’s health facilities operational as they suffer from shortages in medicine, equipment and staff.

The situation amid the pandemic — which has infected more than 1,000 people in the country, killing 288 people, according to Johns Hopkins University — is further exacerbated by some 9.58 million children lacking sufficient access to safe water.

“We cannot overstate the scale of this emergency as children, in what is already the world’s worst humanitarian crisis, battle for survival as COVID-19 takes hold,” Nyanti said in a statement.

UNICEF is calling on the international community for $ 461 million in humanitarian aid, but said if it doesn’t receive an additional $ 53 million specifically for its COVID-19 response by August some 23,500 children with severe acute malnutrition will be at an increased risk of dying, 1 million will not receive micronutrient supplements and 500,000 pregnant and breastfeeding mothers will lose nutrition support, among a slew of other health concerns.

“If we do not receive urgent funding, children will be pushed to the brink of starvation and many will die,” Nyanti said. “The international community will be sending a message that the lives of children in a nation devastated by conflict, disease and economic collapse, simply do not matter.”