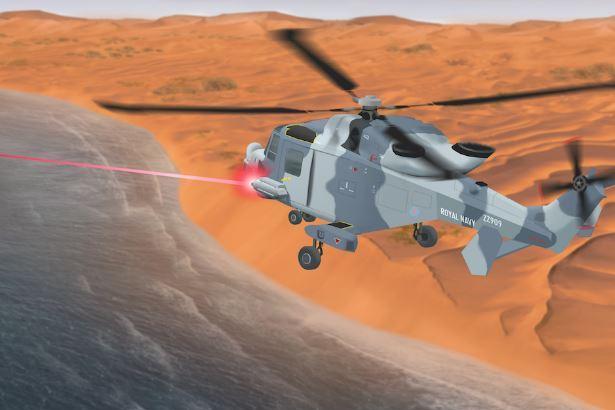 July 10 (UPI) — The United Kingdom’s Ministry of Defense announced that it seeks developers of laser- and radio frequency-guided weapons to shoot down drones and other enemy threats.

The concept is not new. The United States first employed non-lethal lasers in military service in 2014, largely to disable enemy electrical sensors, and the United Kingdom spent $ 37 million on a laser prototype in 2017.

The announcement this week by the Ministry of Defense specifically calls for deployment of “high energy light beams to target and destroy enemy drones and missiles. Radio frequency weapons are designed to disrupt and disable enemy computers and electronics.”

It asks for development of three new DEW [Directed Energy Weapons] to “explore the potential of the technology and accelerate its introduction onto the battlefield.”

The new systems are expected to be tested by 2023, a statement on Tuesday said. The plan calls for lasers to be installed on ships and ground vehicles, with the capability of aiming them at targets to be destroyed. With no ammunition involved, and use of a generator or a vehicle’s engine as a power source, operating costs could be low and “unprecedented flexibility on the front line” could be available.

Several countries are actively involved in the development of laser weaponry. In June, the U.S. Marine Corps announced that it is testing a vehicle-mounted, ground-based laser prototype for shooting down drones.