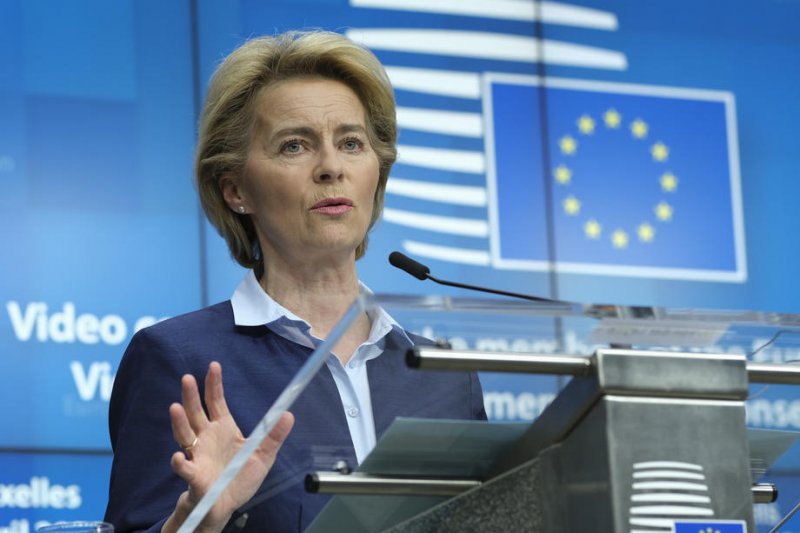 Little progress had been made between Britain and the European Union up to the recent round of negotiations that started after Britain agreed to a withdrawal agreement with the bloc. Many details still had to be worked out, from quotas and tariffs to their relationship in various sectors, including energy, transportation and security.

“After difficult weeks with very, very slow progress, now we’ve seen in the last days better progress, more movement on important files,” von der Leyen said. “This is good. We still have of course the three main difficult issues: the governance, the fisheries and the level playing field.”

“But within the frame of the level playing field, progress, for example, has been made on the question of state aid but there are still quite some meters to the finish line so there’s a lot of work to do,” she said.

Speaking a day before the G20 Summit, von der Leyen stressed the need for global cooperation in tackling the coronavirus pandemic, which has been on the rise again in many regions and countries, including Europe and the United States.

“The upcoming G20 Summit this weekend could mark a new beginning for global cooperation,” von der Leyen said in a statement. “2020 has been a very difficult year. But the G20 rose to the challenge and it provided leadership.”

She said healthcare, the economy, climate change and improving environmental protection to prevent future disasters will likely be the top agenda items this weekend along with the pandemic.