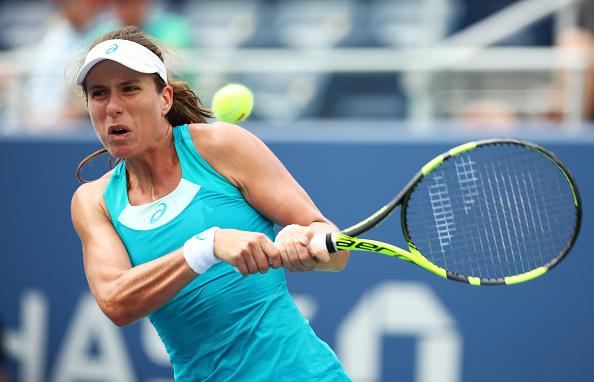 Johanna Konta suffered a shock loss to Serbia’s Aleksandra Krunic in the opening round of the US Open.

After Andy Murray’s withdrawal, Britain’s hopes predominantly rested on the shoulders of the world number seven.

Konta’s brilliant run to the semi-finals of Wimbledon marked her out as a contender for the title in New York on her favoured hard courts and she went into the tournament as one of eight players in the race to be world number one.

Elsewhere, Kyle Edmund opened his campaign in impressive fashion with a straight-sets first-round victory over seeded Dutchman Robin Haase, winning 6-3 7-5 6-3 in under two hours, while Heather Watson failed to end her miserable run of results at the US Open as she lost a seventh successive first-round match to Alize Cornet (6-4 6-4).