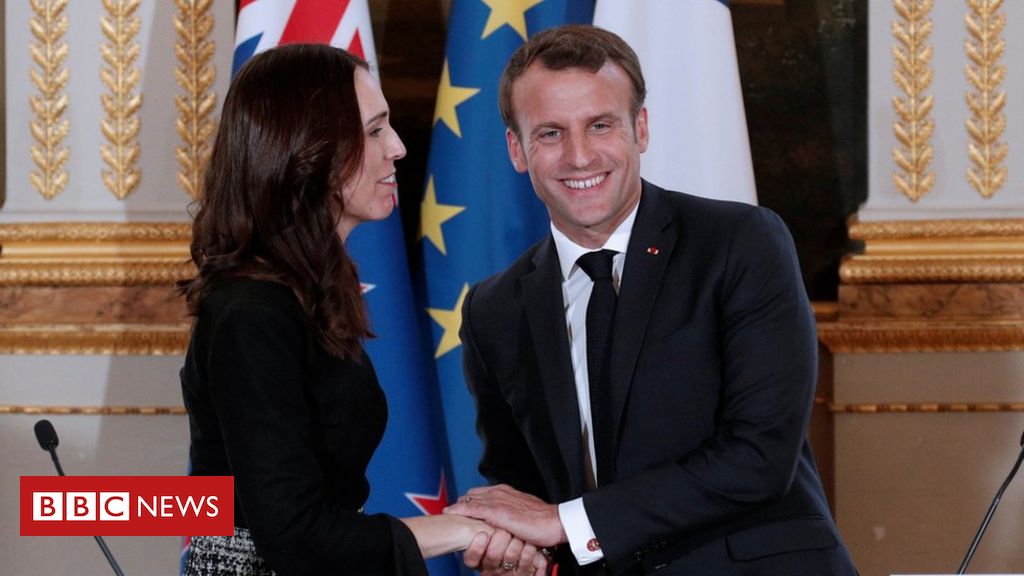 The US has declined to join an international initiative aimed at tackling the spread of terror online.

The White House said on Wednesday it supported the Christchurch Call’s aims but was “not in a position to join”, citing the need for freedom of speech.

The comments came as five of the world’s biggest tech companies pledged to tackle extremist material.

The Christchurch Call was launched in response to a deadly terror attack that was live streamed on Facebook.

The March attack launched by a lone gunman on two mosques in the New Zealand city of Christchurch left 51 people dead.

What is the Christchurch Call?

The Christchurch Call is a voluntary commitment by governments and tech companies to improve their efforts to tackle extremist content.

It was spearheaded by New Zealand Prime Minister Jacinda Ardern and French President Emmanuel Macron, who joined political and industry leaders in Paris on Wednesday to launch the action.

The text of the initiative outlines “collective, voluntary commitments” from governments and internet companies.

These include ensuring that there are effective counter-terrorism laws and that measures are being taken to remove extremist content from social media.

“All action on this issue must be consistent with principles of a free, open and secure internet, without compromising human rights and fundamental freedoms, including freedom of expression,” it says.

“It must also recognise the internet’s ability to act as a force for good, including by promoting innovation and economic development and fostering inclusive societies.”

Countries including Australia, Germany, India and Sweden have backed the action, alongside tech giants Facebook, Amazon, Google, Twitter and Microsoft.

Why didn’t the US join?

In its statement the White House said it supported the Christchurch Call’s “overall goals” but was “not currently in a position to join the endorsement”.

Without directly highlighting specific issues with the initiative, the statement stressed the need to protect free speech.

“We continue to be proactive in our efforts to counter terrorist content online while also continuing to respect freedom of expression and freedom of the press,” it said.

“We encourage technology companies to enforce their terms of service and community standards that forbid the use of their platforms for terrorist purposes.”

“We maintain that the best tool to defeat terrorist speech is productive speech and thus we emphasise the importance of promoting credible, alternative narratives as the primary means by which we can defeat terrorist messaging,” it added.

Mr Macron said he wanted to get “a more concrete and formal commitment” from Washington, but saw the US’s support of the overall goals “as a positive element”.

What did the tech companies pledge?

As well as signing up to the largely symbolic document produced in Paris, leading tech companies agreed to a nine-point plan for putting the Christchurch pledges into action.

Among their commitments, Facebook, Amazon, Google, Twitter and Microsoft said they would update their terms of use to “expressly prohibit the distribution of terrorist and violent extremist content” and develop crisis protocols to respond to emerging or active events such as a terror attack.

The companies said they would also commit to publishing “transparency reports” on the detection and removal of terror or violent extremist content.

“Terrorism and violent extremism are complex societal problems that require an all-of-society response. For our part, the commitments we are making today will further strengthen the partnership that governments, society and the technology industry must have to address this threat,” the companies said in a joint statement.

Before the event in Paris, Facebook announced curbs on its streaming feature.

The tech giant said there would be a “one-strike policy” banning those who violate new Facebook Live rules.