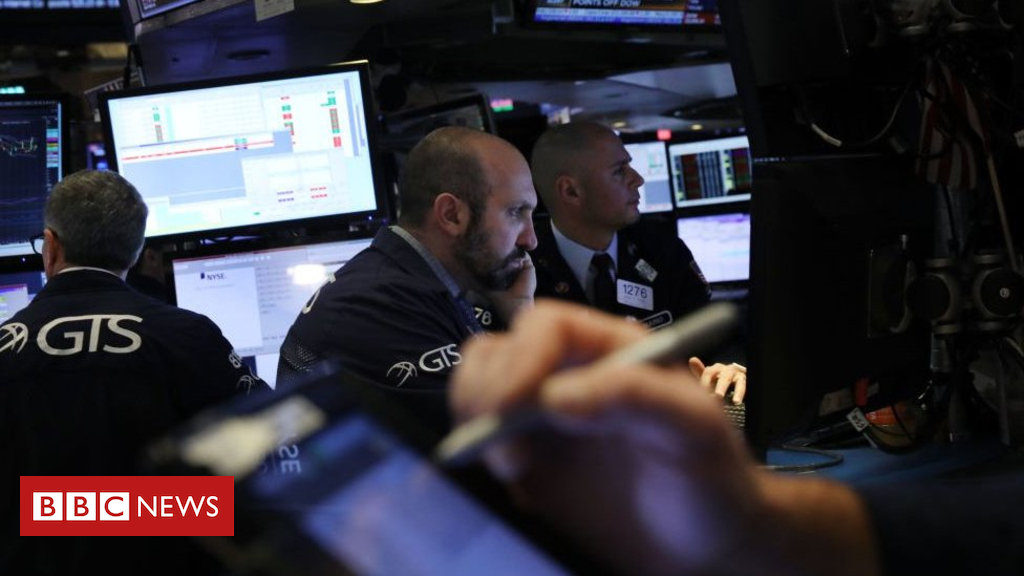 A revenue warning from a major airline, as well as some data showing declines in US car sales and manufacturing activity last month added to the gloom.

Apple was the biggest loser on the Dow, plunging almost 10%.

The declines added to the losses that have rocked markets in recent months.

Investors are trying to gauge the effects on companies of rising interest rates, trade tensions and signs of economic slowdown – especially in China, the world’s second largest economy.

“The story here is that the trade war, coupled with China’s underlying slowdown, is wreaking havoc in both countries,” Ian Shepherdson chief economist at Pantheon Macroeconomics commented.

He said the manufacturing numbers would “get worse before they get better”.

Delta Airlines dropped 9%, following its own warning to investors that revenues would be lower than expected for the end of 2018.

The news hit other airline stocks, including American Airlines, which dropped more than 7%.

Apple’s disclosure spurred sell-offs of other technology firms and companies that do a lot of business in China, including European luxury brands such as Burberry, which fell nearly 6% in London trading.

Boeing and Caterpillar, both of which are considered sensitive to trade tensions, ended the day down about 4%.

Ford and General Motors, both of which reported declines in car sales last month, were also lower, while sectors considered safer investments, such as property, gained.

The data appeared to bolster arguments for a pessimistic outlook, as did a report from the Institute for Supply Management showing US factory activity in December suffered the biggest drop since the financial crisis.

Capital Economics said the figures offered “clear evidence” that weaker global growth is taking a toll on the US economy.

“There is a risk that the slowdown in the factory sector could mark the start of a more serious downturn in the wider economy,” analysts at the firm said.