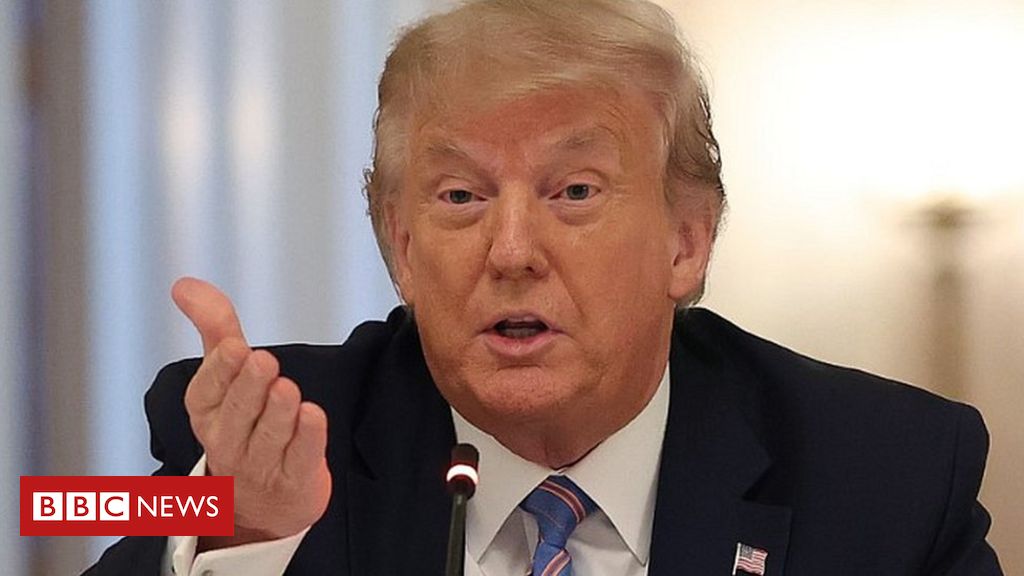 The US Supreme Court is set to decide whether President Donald Trump’s tax returns and other financial records can be examined by Congress and prosecutors – a ruling with potentially huge political consequences.

His lawyers argue he enjoys total immunity while in office.

The ruling will test that claim and has implications on how far US lawmakers can scrutinise the president.

Even a ruling in Congress’s favour would not necessarily make Mr Trump’s tax returns public before his bid for re-election in November.

Mr Trump, who made his money as a property developer, is the first president since Richard Nixon in the 1970s not to have made his tax returns public.

He calls the investigation into his tax affairs a “witch hunt” and sees the congressional case as a device to harass him politically.

Why has this gone to the Supreme Court?

Two Democrat-controlled House of Representatives committees and New York District Attorney Cyrus Vance – also a Democrat – are demanding the release of his tax returns and other information.

The subpoenas – orders to hand over evidence – were issued last year to Mazars USA, who are Mr Trump’s accountants, and to major Trump lenders Deutsche Bank and Capital One.

Lower courts in Washington and New York ruled against the president in all cases, but those decisions have been put on hold pending a final court ruling.

Deutsche Bank was one of the few banks willing to lend to Mr Trump after a series of corporate bankruptcies in the 1990s, and the documents sought include records related to the president, the Trump Organization and his family.

The banks and the accounting firm said they would release the information if ordered.

Mr Trump’s lawyers argued that Congress had no authority to issue the subpoenas, and no valid justification to seek the records.

Why is it sensitive politically?

Damaging revelations about President Trump’s financial affairs could hurt his campaign for re-election. He has already slumped in opinion polls, as critics accuse him of mishandling the coronavirus crisis.

Concerns have already been raised about possible conflicts of interest in Mr Trump’s businesses.

At hearings in May there was fierce debate among the Supreme Court judges over the degree to which Congress should scrutinise the president’s personal records.

In the New York case, they were sceptical about a Trump lawyer’s argument that a president cannot be investigated while in office.

This is despite the court having a 5-4 conservative majority and including two Trump appointees – Neil Gorsuch and Brett Kavanaugh.

In two earlier cases over presidential power, in 1974 the Supreme Court acted unanimously in requiring President Nixon to surrender White House tapes in the Watergate scandal, and 1997 it allowed a sexual harassment lawsuit to go ahead against President Bill Clinton.

Judges appointed by Mr Nixon and Mr Clinton voted against them in the cases.