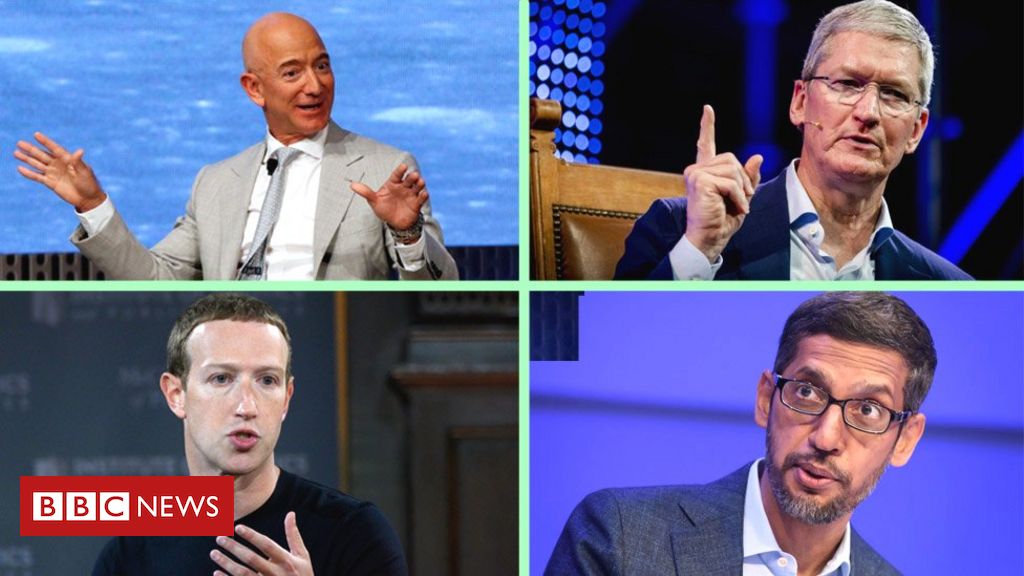 A report backed by Democratic lawmakers has urged changes that could lead to the break-up of some of America’s biggest tech companies.

The recommendation follows a 16-month congressional investigation into Google, Amazon, Facebook and Apple.

“These firms have too much power, and that power must be reined in,” Democratic lawmakers working on the probe wrote.

But Republicans involved in the effort did not agree with the recommendations.

In a statement, one Republican congressman Jim Jordan dismissed the report as “partisan” and said it advanced “radical proposals that would refashion antitrust law in the vision of the far left.”

Others have said they support many of the report’s conclusions about the firms’ anti-competitive tactics but that remedies proposed by Democrats go too far.

“Antitrust enforcement in Big Tech markets is not a partisan issue,” said Republican Ken Buck. “But an ounce of prevention is worth a pound of cure—I would rather see targeted antitrust enforcement over onerous and burdensome regulation that kills industry innovation.”

US tech companies have faced increased scrutiny in Washington over their size and power in recent years. The investigation by the House Judiciary Committee is just one of multiple probes firms such as Facebook and Apple are facing.

“To put it simply, companies that once were scrappy, underdog startups that challenged the status quo have become the kinds of monopolies we last saw in the era of oil barons and railroad tycoons,” it said.

It said the findings should prompt politicians to consider a series of changes.

Those included stronger enforcement of existing competition law, as well as changes to limit the areas in which a firm may do business or prevent companies from operating as players in areas where they are the dominant provider of infrastructure – as Amazon does, for example, when it acts as both a seller and marketplace for other merchants.

In testimony before the committee in July, the bosses of tech firms defended their actions.

On Tuesday, Amazon hit back at what it described as “fringe notions of anti-trust” law, as competition law is known in the US.

“The fact that third parties having the opportunity to sell right alongside a retailer’s products is the very competition that most benefits consumers and has made the marketplace model so successful for third-party sellers”, the company said in a blog post.

Divisions in Washington between Republicans and Democrats make the prospects of significant action against the firms unlikely, tech analyst Dan Ives of Wedbush Securities said.

“The lack of consensus and divergence among both sides of the aisle on the antitrust issues remains a major issue to move things forward,” he said.

While that could change if Democrats gain more power in the upcoming US election, he said, “Despite the report/content and framework for recommendations around Big Tech players (e.g. M&A, business practices) without core law changes we believe this antitrust momentum hits a brick wall.”

What did the report say?