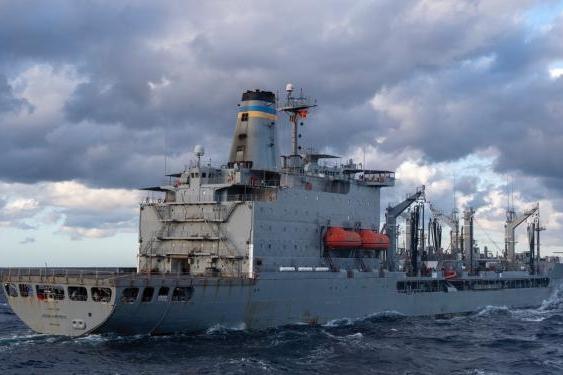 Nov. 14 (UPI) — Detyens Shipyards has been awarded a $ 10 million contract for a two-month drydock overhaul of the USNS Joshua Humphreys.

The regular shipyard availability work will include general services like cleaning, routine maintenance and rebuilds, engine turbocharger overhaul and other work from lifeboats to painting.

The contract, announced Tuesday by the Department of Defense, includes options which, if exercised, would bring the cumulative value to more than $ 11 million. The company has already been obligated $ 10 million in Navy fiscal 2019 operations and maintenance funds already obligated.

The USNS Joshua Humphreys is a Henry J. Kaiser-class fleet replenishment oiler that has been retired and reactivated several times since it was completed in 1987. It accompanies carrier strike groups and other vessels to provide refueling for ships using conventional engines as well as jet fuel.

The Humphreys has five refueling stations, carries up to 180,000 barrels of fuel oil and gas and can transfer dry and refrigerated cargo as well. It is manned by a civilian crew operated under the Navy and is normally unarmed, but in wartime high-threat areas can be mounted with Phalanx 20mm point-defense cannons for self-defense.