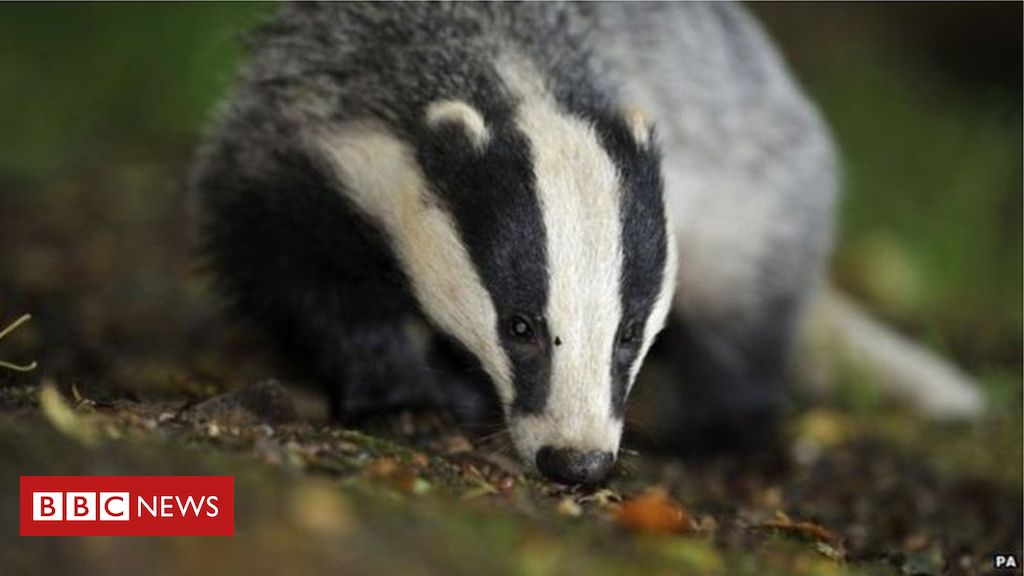 Up to 9,000 of badgers are likely to have suffered “immense pain” in culls to control cattle TB, according to a former government adviser.

Prof Ranald Munro is the ex-Chair of an independent expert group appointed by the government to assess its trials.

He has written to Natural England to say that the policy is causing “huge suffering”.

He adds that the culls are not reducing TB in cattle and in one area the incidence of the disease has gone up.

The culls began in 2012 following appeals from cattle farmers whose livelihoods are continuing to be damaged by the spread of TB.

Prof Munro’s independent expert group found that up 23% of badgers took more than five minutes to die after they were shot. These figures prompted the group to conclude that the culls were inhumane in its assessment report to government. This document’s publication was delayed but its contents were revealed by BBC News in 2014.

The expert group was disbanded by the Department for Food and Rural Affairs (Defra) ministers, who said that its work had been completed – though this was against the wishes of many of the experts involved, with one claiming that ministers were “wilfully” ignoring scientific advice.

Speaking ahead of the expected announcement of new culling areas for 2019 later this week, Prof Munro estimates that 40,000 badgers have been culled so far which according to the expert group’s figures equates to thousands of them dying slowly.

“The numbers are huge, they really are. If you look at the likelihood of not dying within five minutes of being shot, you are looking at 3,000 badgers having suffered immense pain at a minimum. It could be as high as 9,000. There is a huge issue of suffering in these badgers.”

Prof Munro’s remarks come as he and 19 other vets, scientists and animal welfare campaigners wrote to Natural England, the body that oversees the culls.

A freedom of information request by the group has shown that as the number of cull areas has increased over the years, the environment watchdog’s monitoring staff have been spread ever thinner.

“The terms of the roll-out of the culling have not been adhered to,” Prof Munro said.

“They are saying ‘oh yes, we are observing’; but they are observing at a level which is of no value whatsoever in determining the humanness of culling and whether badgers are being injured or how long they are taking to die.”

The FOI request also revealed that in the very first cull area, in Gloucestershire, which could be among the first to see benefits if there are any from the policy, the number of new herds confirmed to have TB increased from 10 in 2017 to 23 in 2018.

This single increase in one year in one area is not sufficient to show that the culls are not working. More data and expert analysis will be needed to determine their effectiveness one way or another.

But the experts and campaigners write in their letter: “We are unconvinced that the culling of large numbers continues to be justified in the view of recent data showing zero disease control benefits after six years of culling of badgers in Gloucestershire.”

A Natural England spokesperson said: “We help to implement the badger culling policy under the direction of Defra and in line with decisions taken by ministers. We are in the process of reviewing the badger cull applications for 2019 made under that policy and will communicate decisions in due course.

“One of our roles is to independently consider licence applications to cull or vaccinate badgers, and we take policy advice from Defra when deciding if the activity will deliver effective disease control. Licensing is not done lightly and those involved in the cull – farmers, contractors and Natural England staff – take the welfare of badgers very seriously.”