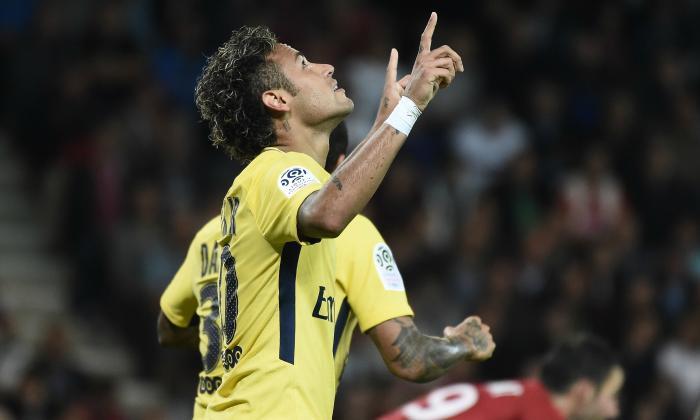 Neymar marked his eagerly awaited Paris Saint-Germain debut with a goal as he helped the Ligue 1 side beat Guingamp 3-0.

The world’s most expensive player was allowed to take to the pitch at the Stade de Roudourou after the French Football Federation confirmed they had received the relevant paperwork for the £199million signing.

Neymar bagged his side’s third goal of the game after being teed up by Edinson Cavani inside the penalty area. Cavani had given the Parisians a 2-0 lead following Neymar’s incisive through ball, which allowed him to slot the ball past the Guingamp goalkeeper.

Unai Emery’s side took the lead in the comical circumstances when defender Jordan Ikoko’s back-pass trickled past goalkeeper Karl-Johan Johnsson.

Victory leaves the big spenders second in the table after collecting two wins in their opening two league fixtures.