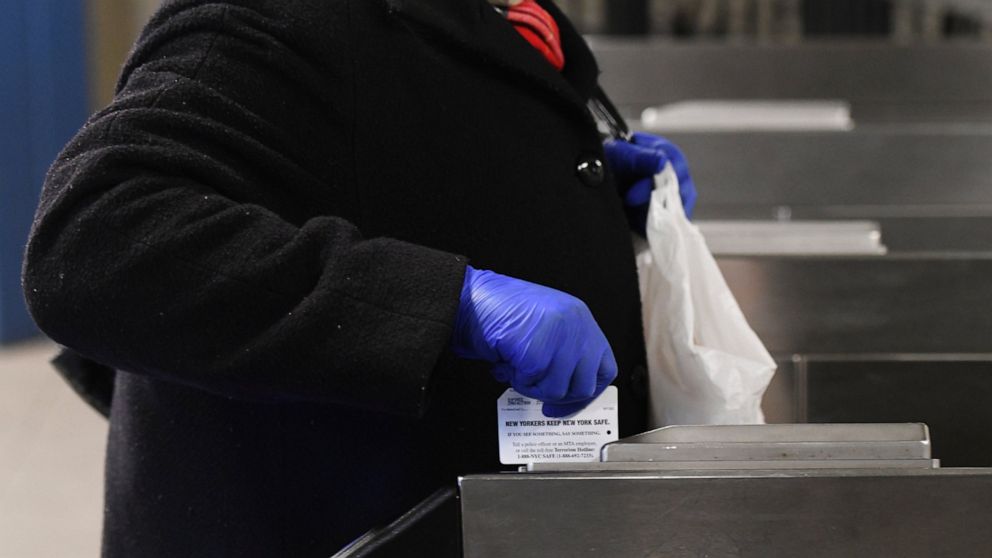 Two people who helped keep New York moving during the crisis, bus operator Oliver Cyrus, 61, and train conductor Peter Petrassi, 49, were killed by the virus Thursday, according to their union.

He called transit workers “true heroes” for continuing to work during the pandemic and he demanded the Metropolitan Transportation Authority provide transportation workers with protective masks.

Dickson worked for the department since 2006 and spent 17 straight days cleaning up police headquarters after Superstorm Sandy in 2012.

The department, even as it has been tasked with helping police New York’s social distancing rules, also continues to see a spike in absences. On Thursday, 3,674 officers called in sick, accounting for about 10% of the force. As of Thursday, 351 NYPD personnel had tested positive for the virus.

On Tuesday, roughly 3,000 people were hospitalized with the virus in New York state. That number rose to 3,800 Wednesday and then leaped to 5,300 by Thursday morning.

Health care workers treating the sick are worried they too will become infected. Many are feeling the emotional strain of caring for patients isolated from their families. Meanwhile, officials have scrambled to try and bring enough breathing machines to New York to care for growing legions of patients.