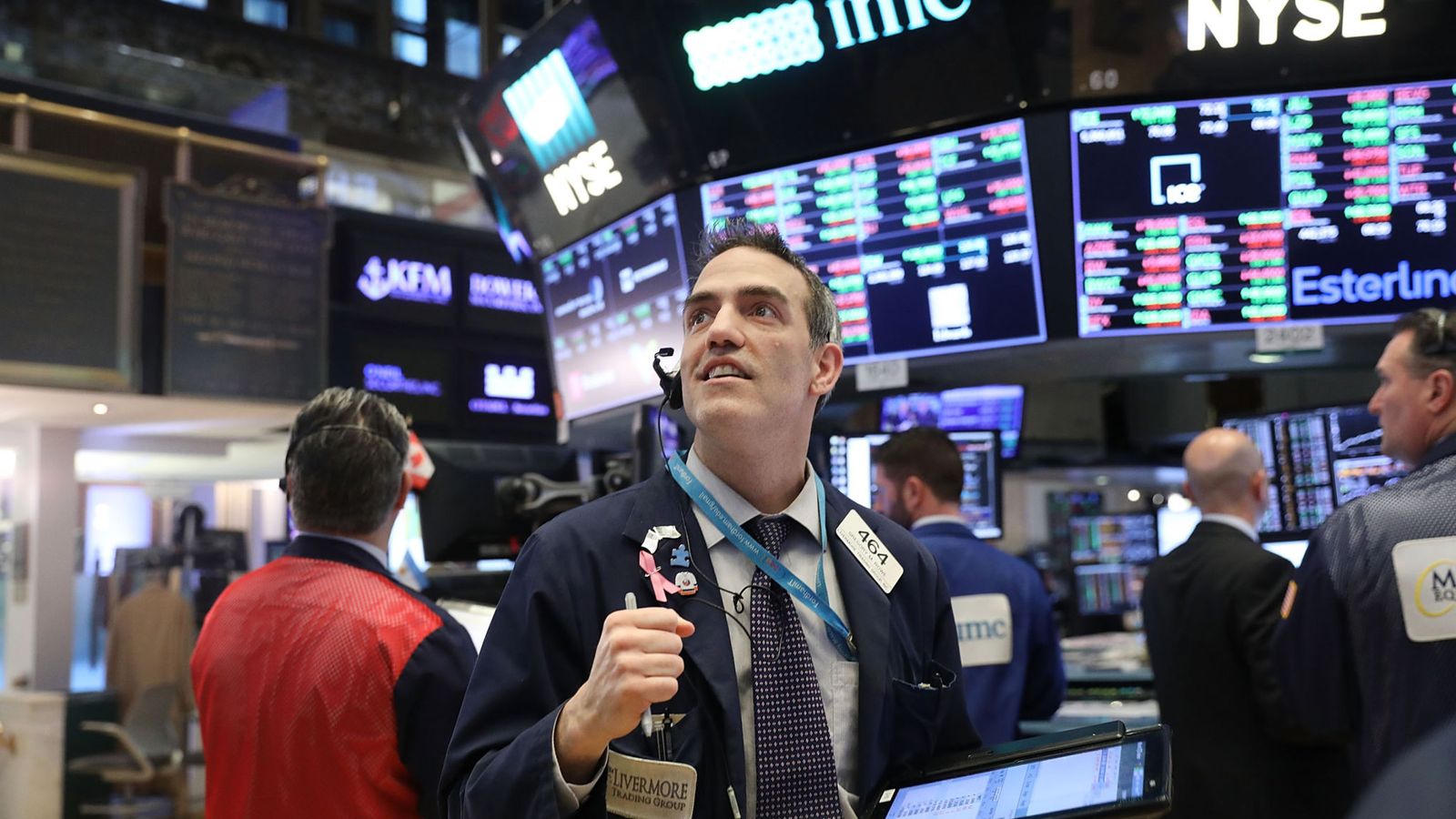 Wall Street made strong gains on Monday as technology and financial shares helped it recover from its worst week in two years.

New York’s Dow Jones Industrial Average closed more than 400 points, or 1.7%, higher – also helped by details of Donald Trump’s budget. The gain built on a 1.4% upturn in the previous session.

The FTSE 100 started the week on the front foot too, adding more than 1% after falling by a similar amount on Friday.

Markets have been enduring a volatile spell since 2 February, when strong US jobs and wage growth figures raised the spectre of rising inflation and accelerating interest rate hikes.

The fear that the era of cheap money could be coming to an end proved the catalyst for a major sell-off for stock indices both in the US and across the globe – widely seen as a “correction” after markets had surged to record highs.

Tumultuous trading in New York last week saw the Dow endure its two biggest-ever one day falls, of over 1,000 points each, on Monday and Thursday.

Wild swings on Friday – from steep gains to heavy falls and back again – ended with the Dow ahead on the day but still 5% down on the week before.

Monday’s fresh gains were partly thanks to building material and industrial stocks after Mr Trump’s proposals included $ 200bn for infrastructure spending and $ 716bn for military programmes.

Ken Polcari, of O’Neil Securities in New York, said: “I think the market was way, way oversold, way too fast and therefore there’s this natural bounce.

“There’s news coming out about the budget, fiscal stimulus and infrastructure plan that is adding fuel to the fire. People are very positive about it.”

But Eric Freedman, chief investment officer at US Bank Wealth Management, said: “While there has been some relief in some assets we don’t think the ‘all clear’ has been sounded just yet.”

Markets are expected to be closely focused on inflation figures out this week – in the UK on Tuesday and, particularly, in the US the day after that.