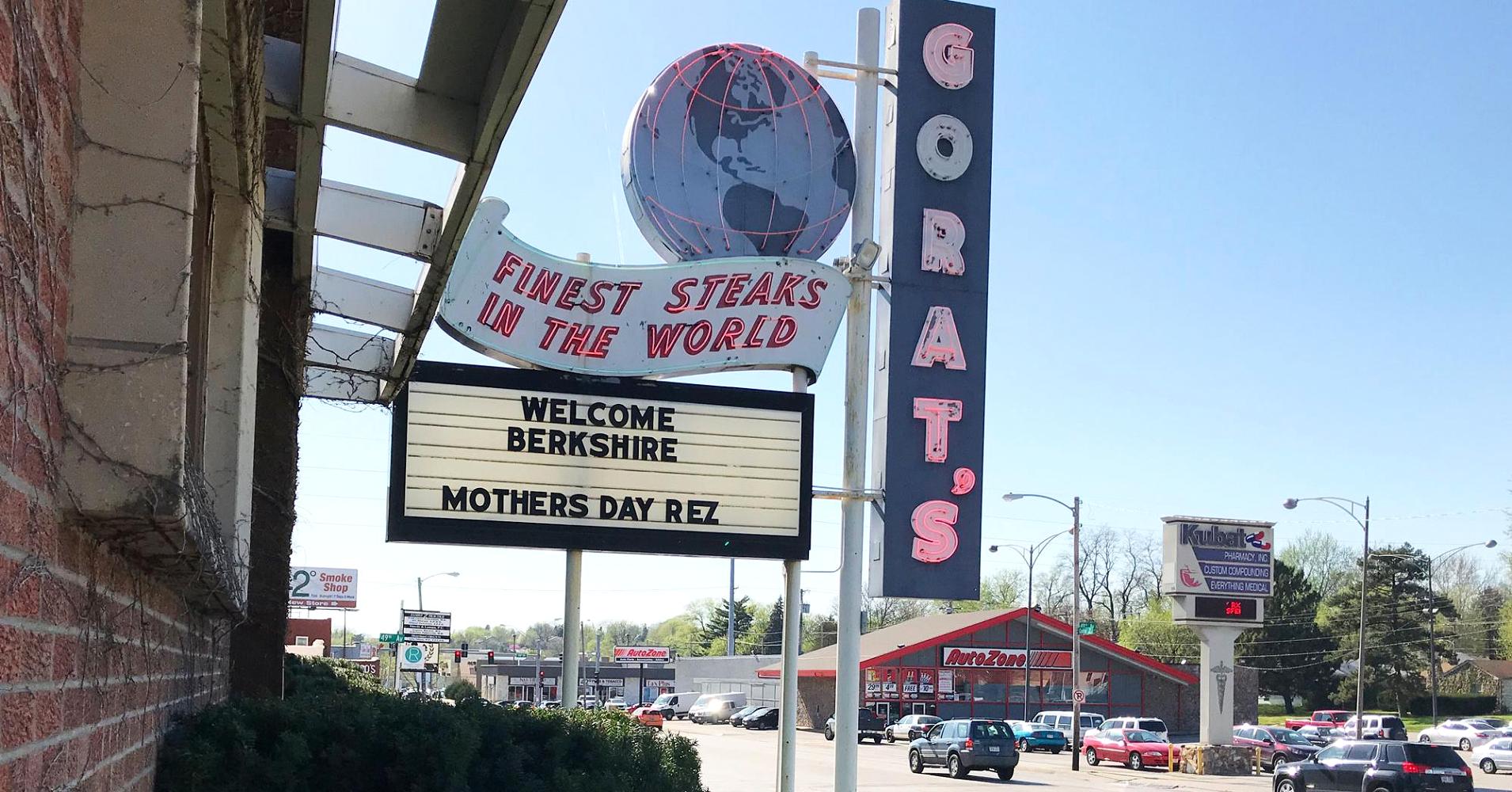 Earlier this month, I went to Omaha, Nebraska to cover Berkshire Hathaway‘s annual shareholder meeting and had the chance to eat at Gorat’s, Warren Buffett‘s favorite steakhouse. Being there, it became clear why the humble stock market sage likes it so much: It doesn’t go out of its way to make a splash.

In many ways, Gorat’s strikes the same modest, low-key vibe as Buffett.

Nothing inside Gorat’s (except for the TV at the bar) looks too modern or feels brand new. The paintings on the walls and the furniture are not flashy, either. Everything is simple and to the point. It’s as if you were transported back to a simpler time.

Perhaps that’s on purpose. The restaurant was renovated about six years ago when it changed owners. Gene Dunn, the person who bought Gorat’s in 2012, told the Omaha World-Herald in 2013 they “took it back to what it was in the 1940s and ’50s” by taking out all of the decor from the 1970s. That included the dropped ceilings and carpeting, among other things.

A constant, however, has been the quality of the food. When I went, I had their Omaha sirloin steak, a 10-ounce piece of meat topped with bleu cheese butter coupled with a side of french fries and some greens. The steak was well seasoned and cooked perfectly and the waitress serving my table was very nice (as most people in Omaha seemed to be).

Other options include a 14-ounce New York strip, lamb chops and a 14-ounce ribeye. More ambitious diners can opt for the 22-ounce Omaha T-bone steak, Buffett’s personal favorite. Three of the people sitting at my table ordered it and, even though they seemed to struggle with it, they managed to finish it.

Buffett has been going to Gorat’s for years and the restaurant is aware of his longstanding patronage. Buffett’s face is seen throughout the restaurant in pictures and cardboard cutouts. He also has his own private dining area consisting of one table with three chairs.

Gorat’s has been an institution in Omaha for more than 70 years. Once you go there, you can immediately tell why it’s Buffett’s favorite steakhouse (it also helps that the food and service are great).