Koepka carded 69 for the second straight round Friday. He became the first defending champion to break 70 in his first two rounds of the U.S. Open since Scott Simpson accomplished the feat 31 years ago.

“I’ve got a chance,” Koepka said. “That’s all you can ask for. I just need to make a few putts. Sometimes the hole just needs to open up.”

Koepka is no stranger to having a chance. With a victory, Koepka would join Scotland’s Willie Anderson (1903-05) as the only player to win three straight U.S. Opens.

“If I can get off to a good start tomorrow, have that feeling where the hole’s opening it up, it could be a fun round,” Koepka said. 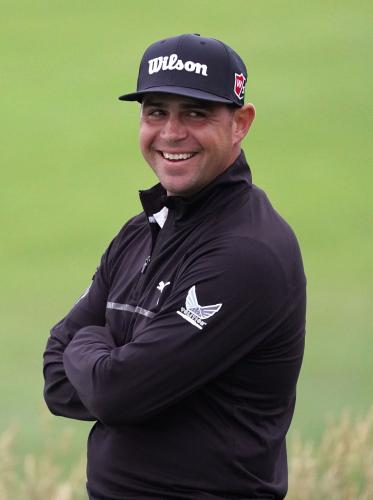 Gary Woodland smiles as he finishes his second round of the 2019 U.S. Open. Woodland leads the field by two strokes with a nine under par. Photo by Kevin Dietsch/UPI | License Photo