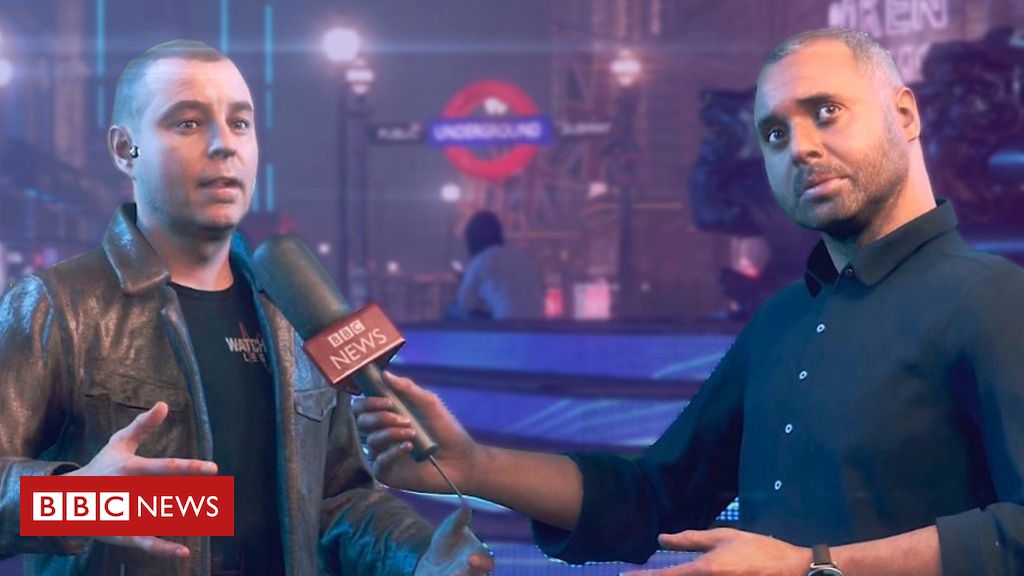 In a world first, BBC Click’s Marc Cieslak has interviewed the creator of Watch Dogs: Legion inside the video game itself.

Developed at Ubisoft’s Toronto Studio, the same technology used to create the game was employed to create an interview which takes place inside a virtual London.

The game imagines a post-Brexit dystopian Britain as an oppressive surveillance state, where the player assumes the role of a hacker intent on bringing down the system by recruiting others to their cause.

It is the third instalment in the popular video game franchise.

In the interview, Marc Cieslak asked creative director Clint Hocking whether using real and divisive political events in a video game would resonate with players.